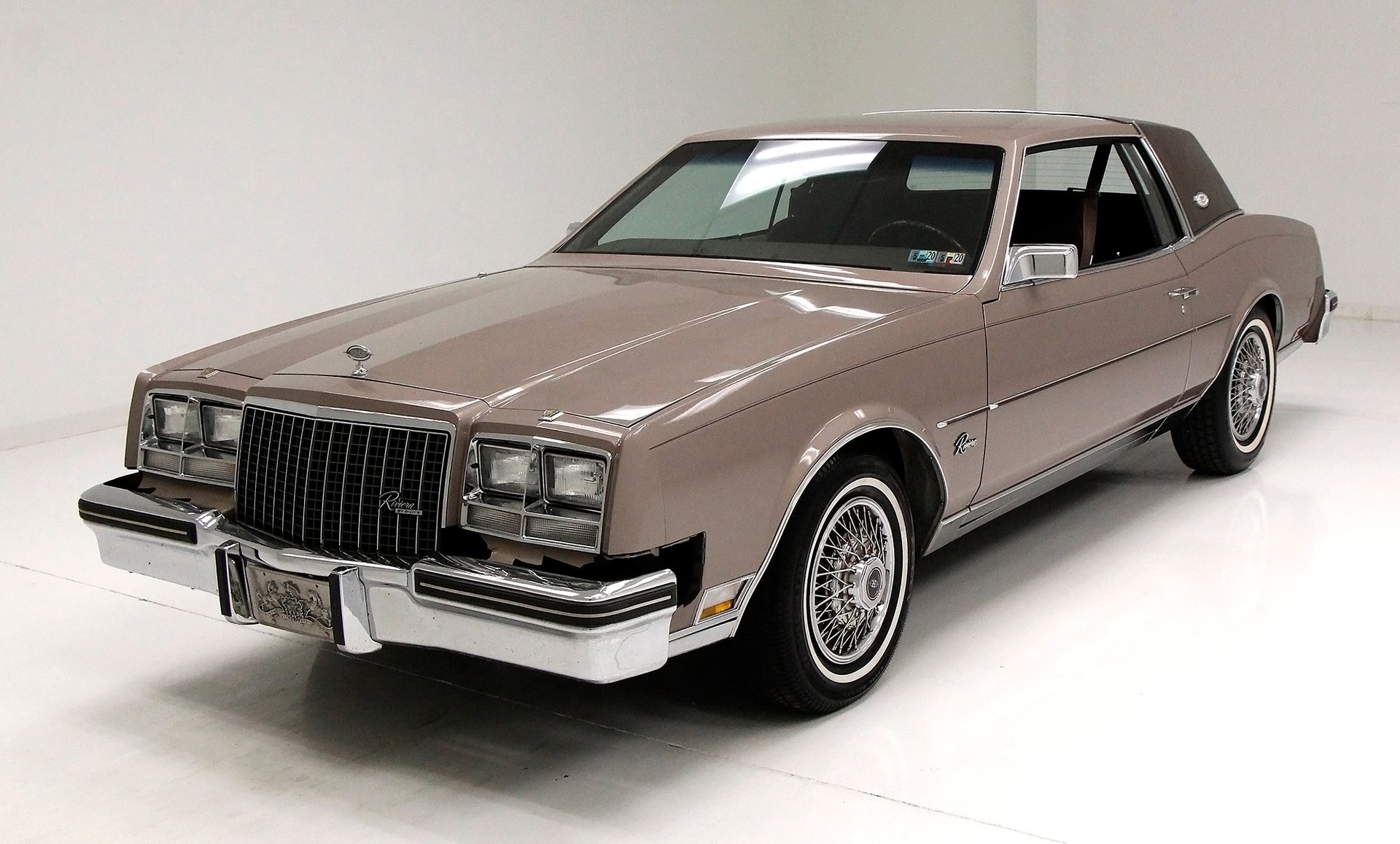 The Buick Riviera is a personal luxury car produced by Buick from 1963 to 1999. GM's first entry into that prestige niche, the Riviera was highly praised by automotive journalists upon its high-profile debut. While early models stayed close to the original form, eight subsequent generations varied substantially over the Riviera's thirty-year lifespan. In all, 1,127,261 were produced. The name Riviera, Latin for coastline, was chosen to evoke the allure and affluence of the French Riviera. It first entered the Buick line in 1949, as the designation for the new two-door pillarless hardtop, described in advertising as "stunningly smart".

For consignment a 1-owner, all original, low mileage, garaged, well-kept and pampered Riviera with a mere 22,117 original miles. A 1983 Ad has in bold type “Collectible” and then goes on to say that they cannot guarantee that the new 1983 Riviera will be a bona fide future classic, but with its looks and styling, how can it miss? Were they telling the future?? Read on for more excitement.

Exterior
Bathed in its factory paint and in the color of Light Briar Brown, we can see some aging areas on the straight steel panels. The car is from 1983, but has the low mileage, and this car presents as such. Always garaged, never in snow, and comes with a cover, this car only seems to need the plastic fillers which go behind the front bumper, and in front of the rear bumper, as well as a caring owner. A darker landau style vinyl top is seen above the rear passenger compartment on the exterior. Chrome bumpers show some areas of fading, and slight dimpling, particularly on the lower sections. Brite work is clean and shows very slight dimpling beginning. A few scratches are noted throughout but can only be seen upon close inspection. Nice chromed wire wheels are spotted on all 4 corners.

Interior
Luxurious Brown velour cloth buckets (only in the sense there are two seats and they are separate) and spacious rear bench are seen with the opening of one of the massive doors, which is also covered in brown velour cloth. Burl feathered veneer accents abound in the seats, door panels and cover the dash. All straight and square and rectangle design right out of the 1983 design playbook, the dash is very clean and unmarred. A small center console glovebox is flanked by the front buckets and is brown vinyl. Conveniences such as climate control, an AM/FM/Digital Clock radio, power windows, power locks, power mirrors, power steering and power brakes are added. A lighter brown headliner appears to be losing some of its adhesive, and hangs loosely in some spots, particularly near the front of the ceiling. Fairly clean brown carpeting with a few stains covers the floors, and carpeted floor mats cover the carpeting.

Drivetrain
A little dusty, a little patina can be seen on the 307ci V8, and it is mated with a 4-speed automatic transmission to its rear. The car runs beautifully, is super smooth and has no problems on start up.

Undercarriage
Save for the occasional surface rust on straight steel parts (mainly suspension) the undercarriage maintains its integrity with plenty of rustproofing coverage on the floorpans, and undercarriage surfaces. Looking underneath the doors we see clean rubber weather stripping, and no rust on the bottom of the doors.

A nice example of a low mileage Riviera form 1983. Well kept, a few faults, but all in all easy repairs to make the car nearly perfect on the exterior and interior with faults noted. Square and Rectangle late 70's early 80's design, and possible a classic as stated by the future predicting advertising?