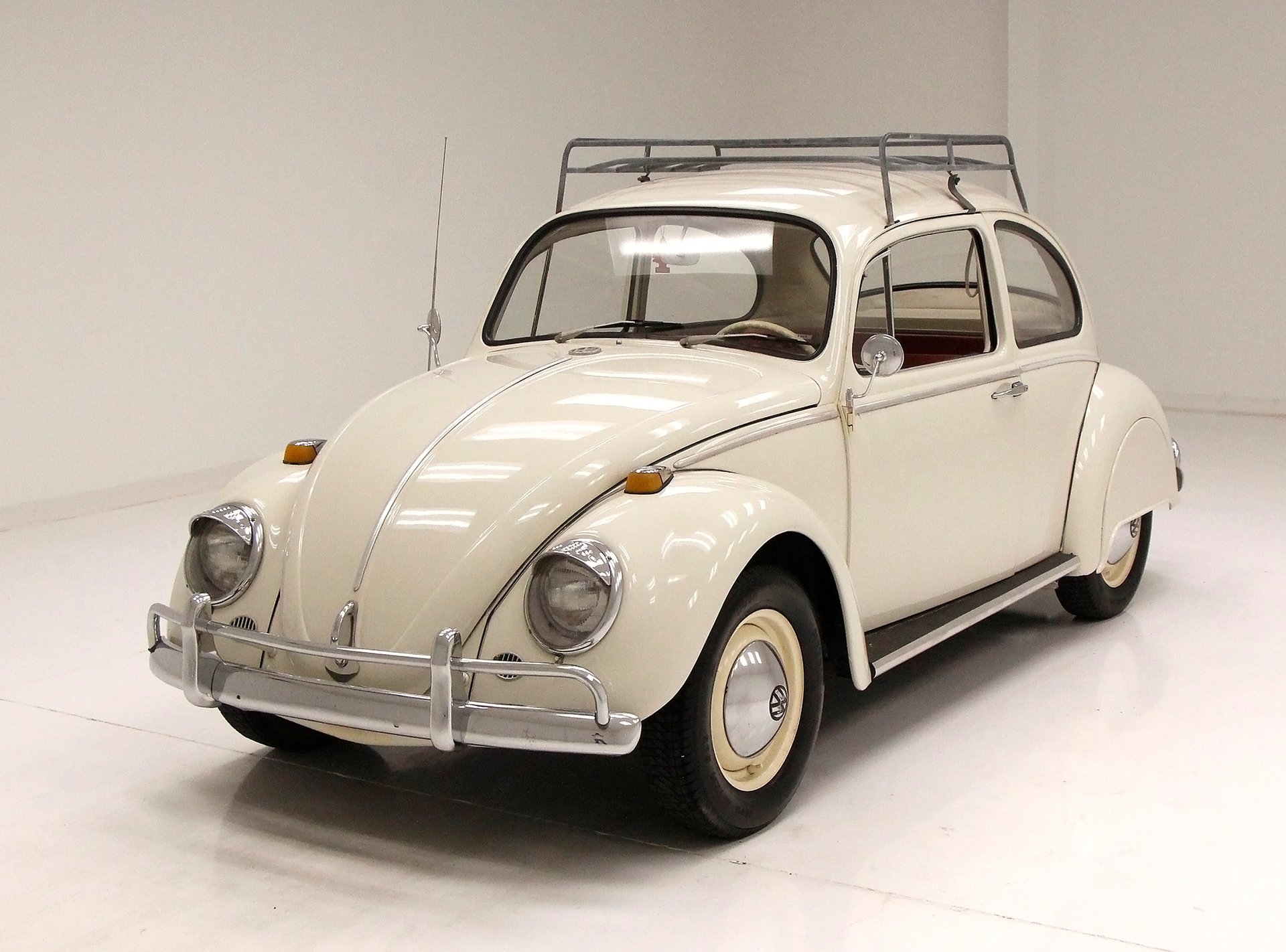 Hippie, also spelled hippy, member, during the 1960s and 1970s, of a countercultural movement that rejected the mores of mainstream American life. The movement originated on college campuses in the United States, although it spread to other countries, including Canada and Britain. The name derived from “hip,” a term applied to the Beats of the 1950s, such as Allen Ginsberg and Jack Kerouac, who were generally considered to be the precursors of hippies. Although the movement arose in part as opposition to U.S. involvement in the Vietnam War (1955–75), hippies were often not directly engaged in politics, as opposed to their activist counterparts known as “Yippies” (Youth International Party).

I Imagine myself sitting at the corner of Haight and Ashbury, maybe a little high, all my worldly possessions in a bag next to me, and this beautiful off white restored, fender skirted, roof racked, very cool VW Beetle passes by, and I'm suddenly motivated to get a job, and try to buy it. Call it a tangerine dream or tie dye fancy, but you'll have to admit after seeing this “Bug” in person you will not be able to restrain your inner Hippie. And did I mention a consigner stated 39,152 original miles…groovy.

Exterior
Nicely done cream respray covers the classic curved steel panels of this car that are framed with shiny and clean chrome bumpers. Who'd a thought of putting fender skirts on a Beetle, but you have to admit it makes the car uber cool. Its black sidewall tires with the cream matching steel wheels, VW logo stamped moon caps, mini taillights, headlight chromed visors. and…drumroll please, we're packing up all our stuff and moving to California, and it will fit on the roof, in the roof rack, of course!

Interior
With Coral (Orange?) mini checked insert pattern surrounded by clear Coral bolsters, we can smell the utilitarian, which this interior has written all over it in the form of simplicity. This pattern covers 2 front buckets and a wide rear bench. A full metal dash, in white, houses the usual round VDO speedo, and gas gauge, surrounded by a large speaker. Keep it simple in here, but a nice job also on the 2 tone door panels with their Coral vinyl panel over a tuck and roll white panel that has a sewn in pouch. I'd be remiss if I would not mention the bamboo shelf that runs the width under the dash and is a simple but effective storage area. The straight and true gear shift lever emanates from the rubber covered floor.

Drivetrain
A 72ci 1.2 Liter air cooled restored engine sits in back and puts out that iconic “tinny” sound that only an early model VW can produce. It is fed by a 1-barrel carburetor and has a 4-speed transmission attached. The engine starts very quickly, runs great, and going through the gearbox is effortless.

Undercarriage
Well cared for we note some surface rust on suspension parts, and a new set of floorpans, presenting in all black glory. Engine area is drip free, and lower doors near rockers show no rust.

With its roof rack, and fender skirts, and wonderful engine sound it does not get any better than this to harken back to a time when free love was king, antiestablishment was cool, and tie dye was awesome. This well presenting example can be driven right back to 1965 here at Classic Auto Mall!