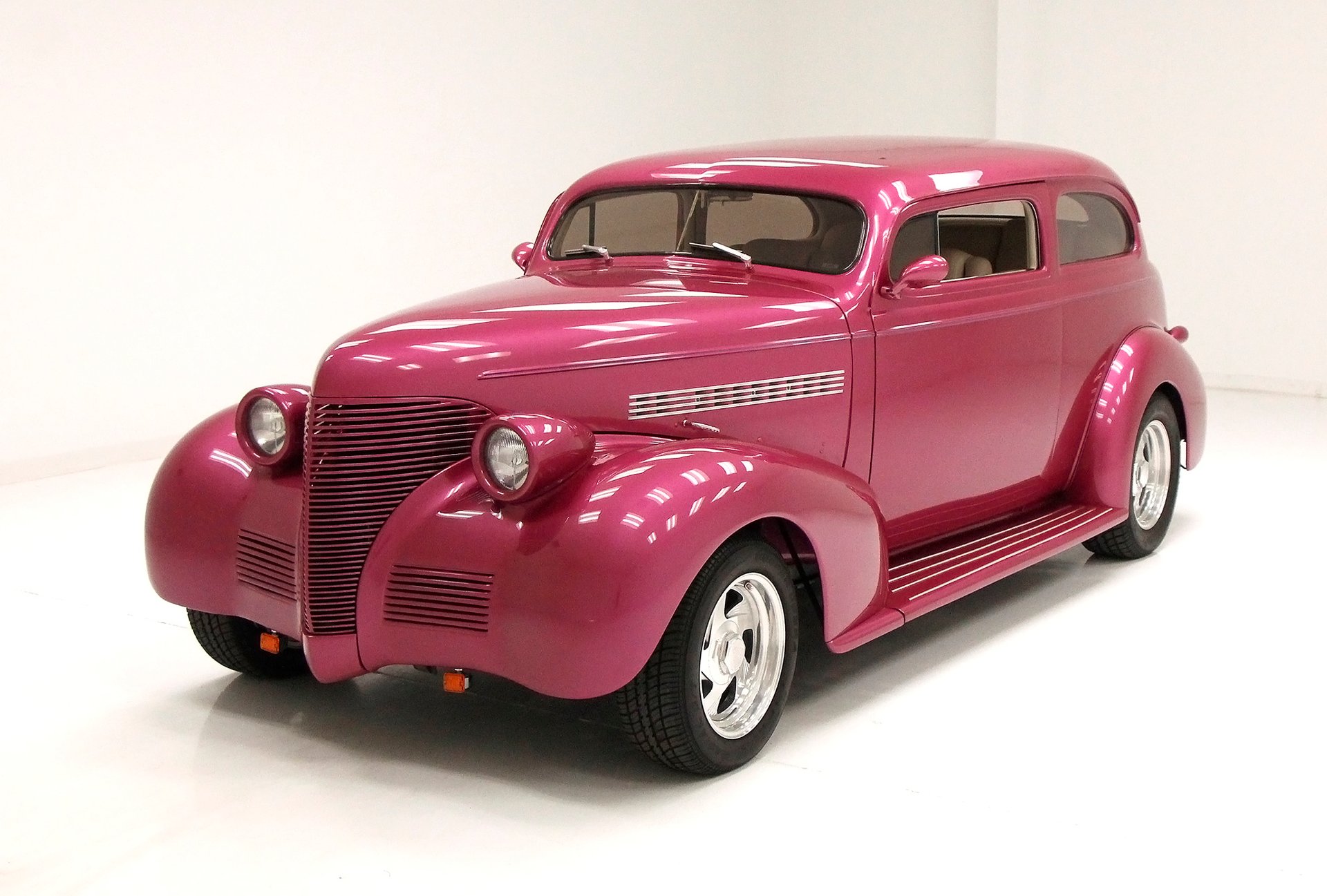 Originally called the Chevrolet Motor Company, the auto manufacturer was founded by a man named William Durant in 1911. The company's name came from a partnership that Durant had with a well-known race car driver named Louis Chevrolet. Though the partners went different ways in 1915-Chevrolet resigned and sold his stock to Durant-the company kept the former co-founder's name. Durant would go on to purchase a majority share in another auto manufacturing company, General Motors. The partnership between Chevrolet and Durant folded due to a disagreement over the price point and design of vehicles being produced. While Durant felt strongly that the company's vehicles needed to be made and priced for the general population, Chevrolet disagreed. He wanted his name attached only to large, luxury vehicles.

If you are into fat fender, chopped slightly, shaved, rodded cars that are fitted with a reliable crate engine, then this is the car for you. All metal (except running boards) it presents beautifully, runs great, and has a comfortable interior.

Exterior
Starting its life in lake Havasu City, Arizona, it wound up in Missouri where it became a street rod. This all steel car, excepting the running boards which are fiberglass, and trimmed with chromed ribbing to prevent scratching to the boards, is bathed in GM Magenta. We can also catch a glimpse of an occasional blue pinstriped flourish if we look carefully. This body off restored car, has tinted bronze glass under a 3” chopped roof. All door and trunk hinges and levers have been shaved and are now pop opening with a remote popper. The rear of this car sports a 3rd brake light, and the original lights have been lowered and changed to LED. Front headlights are a bright Xenon high intensity to light your way on the darkest of nights. Finishing off the corners are Weld Wheels, and Cooper Cobra tires.

Interior
In order to use the word custom for the interior, one needs to put the work “Ultra” in front of it to do the interior justice! With front buckets courtesy of an 80's Dodge Daytona, and a custom fabricated rear bench, we see thick magenta rolls supported by white bolsters and surrounds all in luxurious leather. A custom cup holder and storage console, with extra storage in the door kick panels, which match the seats with their white and magenta theme, are very nicely executed with machined levers and window knobs. Peering towards the dash, we note a white painted and chromed tilt steering wheel column, topped with a mahogany Grant steering wheel. All VDO gauges sit horizontally in a machined metal gauge cluster, which is mounted in a white field of padded stitched leather dash in off white. A 6-speaker Panasonic AM/FM/CD player with remote can crank any tunes your ears desire, all at the touch of a remote button, and your fingertip.

Drivetrain
The low roar is compliments of a GM 350ci Crate motor with an Edelbrock 650CFM carburetor, MSD ignition, and headers. A recently serviced Turbo 350 transmission is attached to the back, and a Jeggs Flex-A-Lite electric cooling fan to the front. This can all be marveled at by tilting the full one-piece tilt nose of the car, which also makes it much easier to wrench on too.

Undercarriage
While the restoration was going on, the undercarriage was not being ignored, as we can see all very clean, no rust, and plenty of upgrades. Some include a '70's Nova 8.5 ring gear with 3.08 gears, a '77 Camaro front clip, a set of power disc brakes in front, and power drums on the rear. Also, a shout out to the trunk which received custom upholstery and has a hidden spare tire compartment.

A no stone left unturned full body off restoration, some modifications and have it swim in Magenta, white leather, lush carpet, and custom dash, and we have a real plumb of a car…well actually its Magenta!