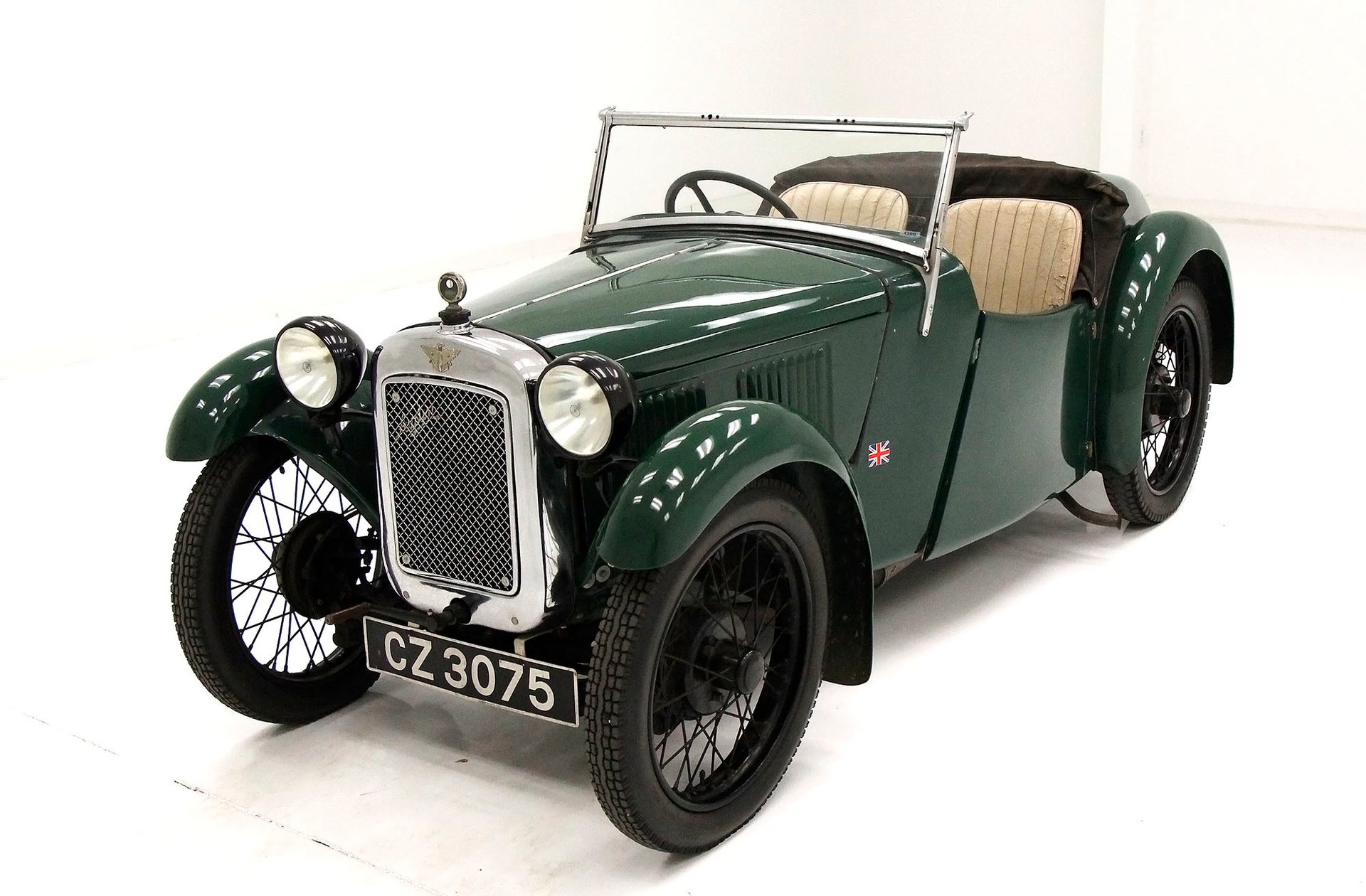 What Ford is to America, Austin was to England. The Austin Car Company mass produced affordable automobiles for Britain's masses. Not only were they affordable, they were reliable, and small enough to be driven in urban areas as well as the open air of the countryside. Like Ford with a similar chassis and numerous upper body styles or designs, it was very versatile, and became very popular quite quickly due to these expertly thought out features.

Exterior
After starting out in the UK upon being built, this Austin eventually made its way to Vancouver BC where it needed a complete mechanical rebuild. It then found its way on to many a racetrack as it was being extensively raced in the 1960's. It went again into disrepair, and it was picked up by Austin Works East in Kennett Square, Pennsylvania, and they did a complete mechanical rebuild in 1993. The aluminum body is covered in British Racing Green, and panels are straight and mostly dent free. Some faults can be seen that have crept in over time since '93, but overall the car has a wonderful patina, and puts on a very nice show. Its miniature wheelbase, and large black spoked wheels, add to the charm of this miniature motorcar from 1933 UK!

Interior
Our right-hand drive version has tan leather seats which show cracking and aging, however still present nicely. Let's call it character, as new seats just would not suit this 1933 Model car. A simple dash cluster within a black rubberized oval, which is housed within a wood grained dash, sits proudly in the very center of the dash. A green metal “dash pad” is above the wood, and an original large steering wheel with throttle and ignition advance in black bakelite, fronts the dash. A long shift lever protrudes from the top of the transmission and is well within reach of the driver's left hand. Two large doorless glove boxes are also within the dash on either side.

Drivetrain
The original 750c 4 popper is under the long bonnet and is attached to a 4-speed manual transmission. The polishing of the aluminum engine is not original and some areas of that on the engine parts have faded a bit but only in a nice way! It has been mechanically maintained with routine maintenance (regular oil changes, spark plugs and batteries).

An interesting piece of UK automotive history, and with only a few known examples still existing, a very rare example…let alone running examples which this one does so just famously. The Pennsylvania title shows the 42,000 actual miles on this fine example. It has been shown at Winterthur and many other shows and has won quite a few awards. So, I'm hopping in for a tool and I leave you with “Chip Chip Cheerio...and all that Rot!”

Offered at $7,500
view inventory
Thank you for your interest! We'll get back to you soon!
Speed Digital