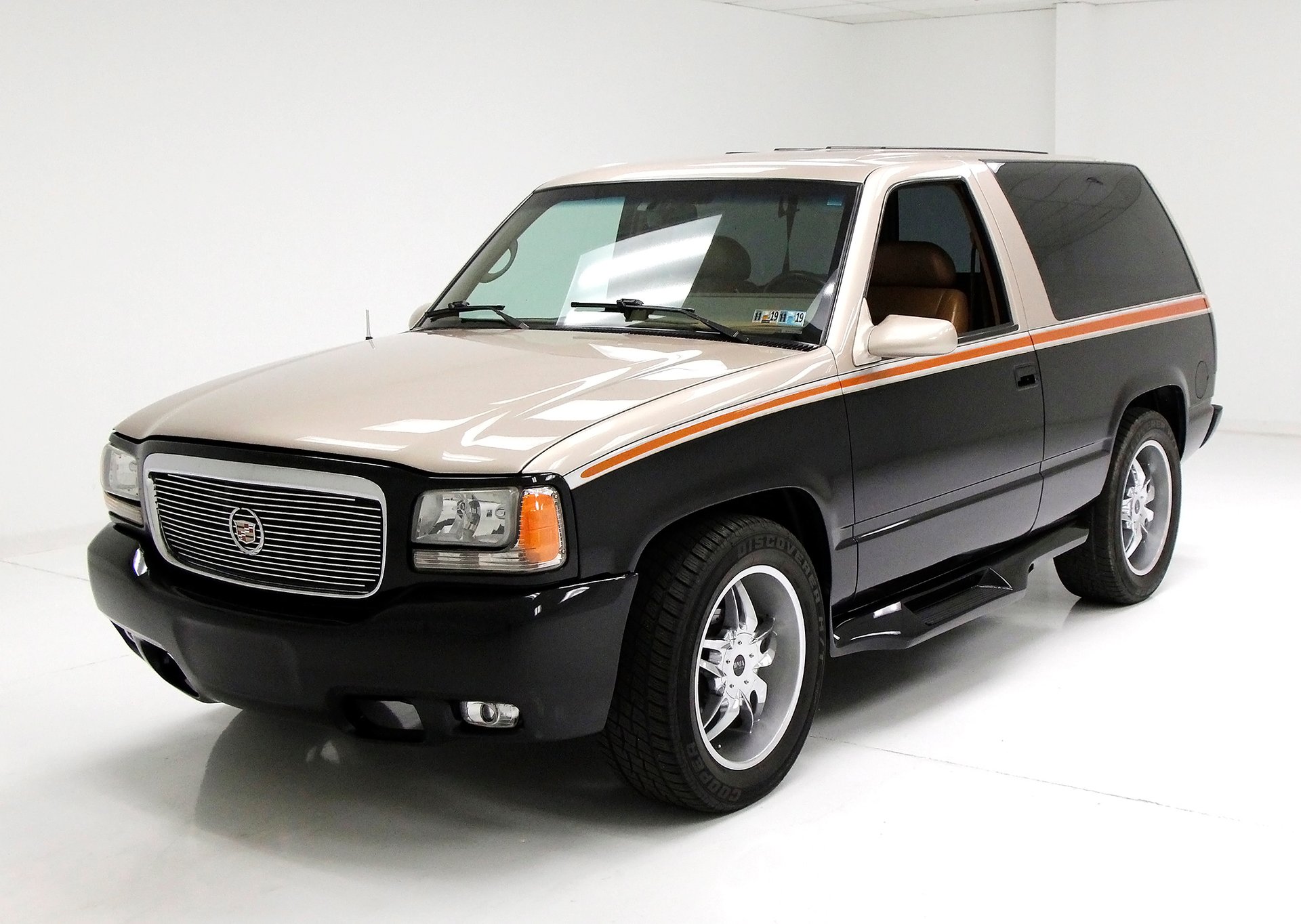 The Chevy Blazer was one of Chevy's most popular SUVs, as many loyal Chevy fans will attest to. Before the name Sport Utility Vehicle and its acronym were essentially ubiquitous, Chevy built the 1983 S-10 Blazer to be sportier and more manageable than the competition, the Ford Bronco, and Jeep Wagoneer. Clearly, Chevy was on to something because the Blazer helped usher in the lasting trend of SUVs. In fact, another very popular Chevy SUV, the Tahoe, actually originated as one of the Blazer's first trims. To the disappointment of many of its loyal fans, the Blazer was discontinued after the 2001 model year, when Chevy decided to focus on the Blazer as its own model instead of just a trim level.

Speaking of trim level, we present for consignment a custom “Blazer” platform, however today panels and grille may say “Escalazer?”

Exterior
The beneficiary of a frame up restoration, in which several panels were completely replaced like new quarter panels, a rear tailgate, and new rear bumper. Along with this a 2001 Cadillac Escalade front end sheet metal and grill with Caddy badging was added at this time as well. Next, we spray on some two-tone paint which I would equate to Metallic Champagne on top, and Tuxedo Black on bottom. Delineate these two colors with a large Burnt Orange spear pinstripe, some custom running boards, big chrome wheels and tinted glass, and we are in full metal blazer..if you will!

Interior
A luxurious vinyl interior with panels and seat coverings in tan color, present in very good condition. Carpet is very clean and is protected by rubber diamond plate pattern floor mats. An original dash stretches in front of the buckets, and between the front seats is a suede covered armrest that can double as an extra seat. Moving towards the rear, we note a large bench seat that can be completely flattened to expand the carpeted clean cargo area behind it. Noted in the dash is an aftermarket radio.

Drivetrain
A fresh 350ci V8 was put in at this time as well, and consigner states now it has clocked about 40,000 miles. At the time the Goodwrench 350 was installed, the transmission was rebuilt, and a rebuilt rear, with approximately 40,000 miles on them as well.

Undercarriage
Appearing to be very sound and clean, this area was restored as well at the time of the upper restoration. Minute surface rust, and no problems cosmetic wise are on the underside. Seen are a new radiator, A/C condenser, A/C compressor, fuel pump, water pump and a new brake system.

A visually interesting and tasteful meld of two SUV's to create this one of a kind “Ezcalazer.” Two-tone paint, and a nice restoration yield a definite distinctive one of a kind vehicle, here at Classic Auto Mall

Offered at $32,000
view inventory
Thank you for your interest! We'll get back to you soon!
Speed Digital