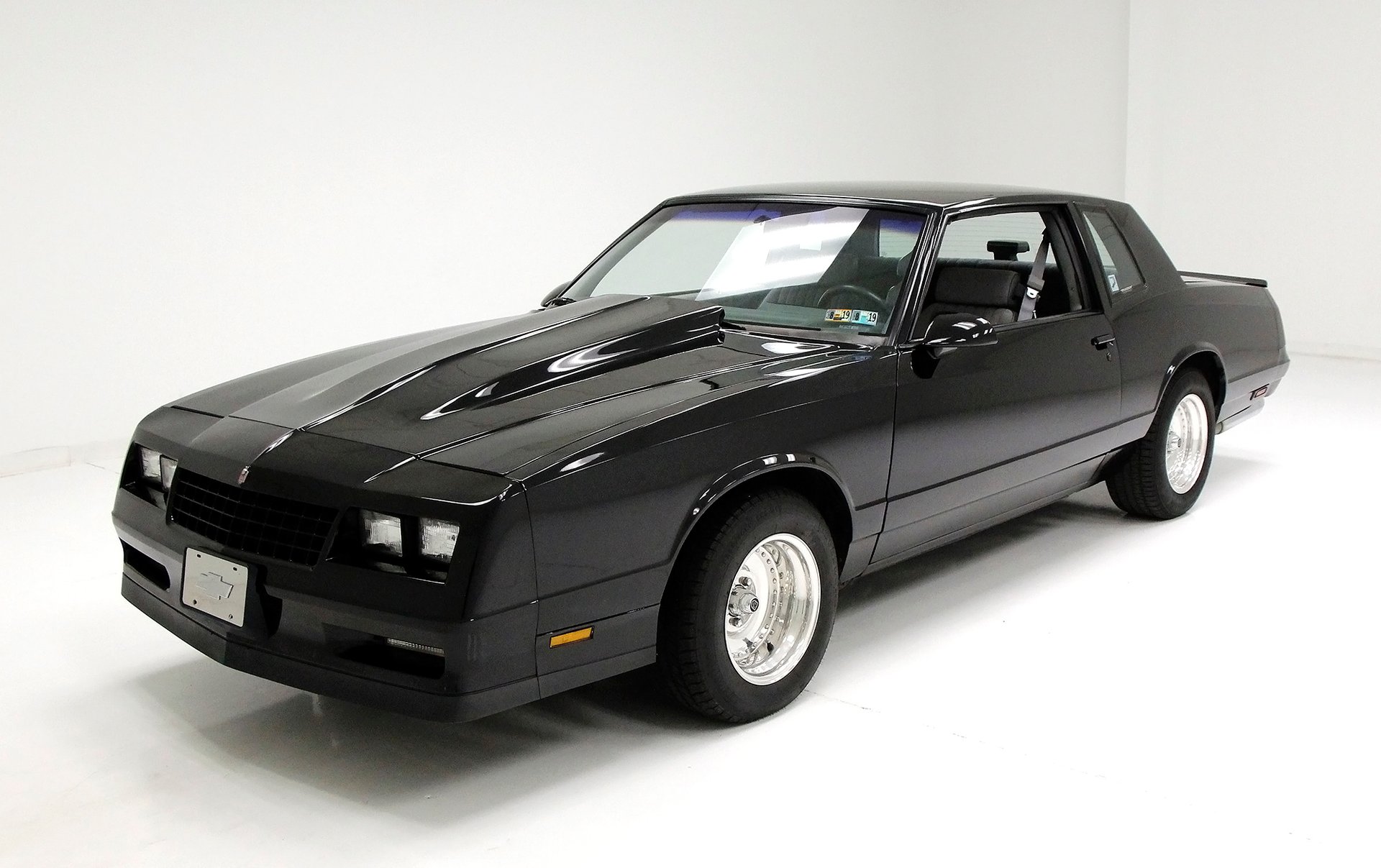 Regarded as one of the most significant drivers in NASCAR history, Dale Earnhardt won a total of 76 Winston Cup races over the course of his career, including the 1998 Daytona 500. He also earned seven NASCAR Winston Cup championships, tying for the most all-time with Richard Petty. This feat, accomplished in 1994, was not equaled again for 22 years until Jimmie Johnson in 2016. His aggressive driving style earned him the nicknames "The Intimidator", "The Man in Black", and "The Count of Monte Carlo". Also, his success at the restrictor plate tracks of Daytona and Talledaga earned him the nickname, "Mr. Restrictor Plate".

This once mild-mannered black coupe has morphed into a quasi-tribute to the “Intimidator” with a slick custom paint job, a different engine plopped in, then then out and reworked, and put back in. Sheesh...read on!

Exterior
A black respray from 2002 covers this intimidator. All initial badging has been removed and we just see a clean field of black, which presents in fair to good condition. On the hood a large reversed black hood scoop is noted, and a small Monte Carlo Badge is attached to the nose of the hood. Highlighting the car is the use of 4 Centerline Polished wheels. 3 “chromed tailpipe tips peek out the rear of this car.

Interior
Gray buckets in cloth that have stitched vertical tucks, and gray vinyl bolsters, are in good condition with the driver's seat showing a bit of soiling, and an open crack in the driver's vinyl bolster near the back adjuster. A rear bench is present and appears in very good condition as is the passenger bucket. Carpeting is fair and has carpeted black floor mats at each station. Doors are cloth as well, and again soiling and dirt are seen on the driver's door, but the passenger door is a bit cleaner on the cloth. Various aftermarket gauges have been added to monitor all functions of the mill. An aftermarket stereo is installed.

Drivetrain
The current consigner had a replacement GM 350ci Crate motor completely rebuilt. Within the rebuild noted installs are Aluminum Fast Burn Cylinder heads, Probe SRS Pistons, an LT4 Hot Cam, and Comp Cams Rocker arms. Added on at this time was also a 650 Speed Demon Carburetor, a Be Cool aluminum radiator, and an MSD Ignition. This all was attached to a new 700-R4 automatic transmission. Needless to say, now it runs just great, with no leaks or dripping seen. The transmission is shifted by a B&M stall converter and shift kit.

Undercarriage
Noted are Hooker Super Comp Shortie headers, and a New Performance posi-unit at the rear. Underside frame, floorpans and wheel wells are showing slight surface rust, but all appears to be structurally sound with no invasive rust.

This car, appearing to be a 3-owner car, has undergone a respray in 2002, and engine replacement with a 350 Crate motor, then a redux teardown of said engine, and re installed. Several gauges and monitoring systems are added, a stall converter, and shift kit put on, and a 700R4 transmission, and now it has serious get up and go. A great Monte Carlo for the turnkey kind of guy who wants to have some flags dropped in front of them, just to see what it can really do! All documentation the current consigner did, is provided with this car.