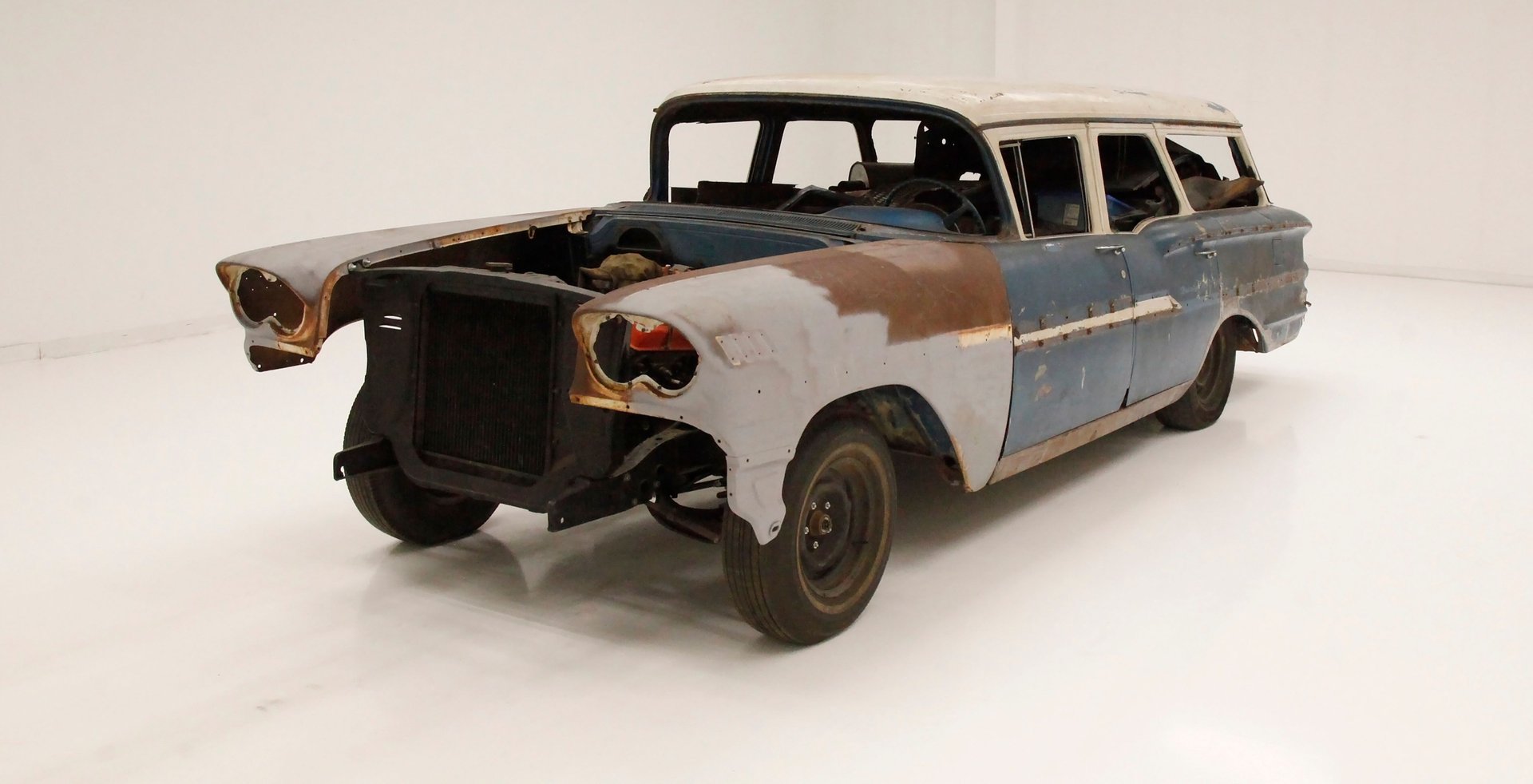 The Chevrolet Brookwood is a series of full-size station wagons produced by Chevrolet from 1958 to 1961, and again from 1969 to 1972. It debuted in 1958 as Chevrolet's mid-range model in its station wagon lineup, positioned between the less expensive Yeoman and more luxurious Nomad station wagons. After the Yeoman was discontinued in 1959, the Brookwood was subsequently demoted to entry-level status, before going out of production altogether in 1961. It made a brief reappearance from 1969 and 1972, once again as the least-expensive wagon in Chevrolet's lineup.

For consignment, a project car with plenty of parts (consigner states its 90% there but only 20% finished.  The rear frame of the car has some structural rust issues that will need to be addresses prior to embarking on the completion.

Exterior
Some bare metal with surface rust,  Fathom Blue patina painted panels and fully painted cream roof are making up the current state of this car.  Dubbed the mini Cadillac, this was Chevy's mid range car and was given the designation by the quad front headlights.  This station wagon is large enough to hold all the parts which present in list form for your inspection when you are making up your mind on what color to paint it when you finish the work!

Interior
Blue vinyl and cloth are inside but all are in a state of disrepair and will need attention after you clear out all the parts.  Difficult to tell exactly what you are up against until the interior is cleared.

Drivetrain
This car has a 350ci V8, not original to it, and it also is in a state of needed rebuild.  The carburetor is on, and the engine is mostly complete, however we did not try to crank it.  Side panels for the engine bay are currently missing, but may be in the car.

Undercarriage
As noted the rear of the car has some invasive rust issues with the framing. The remainder of the car has heavy surface rust throughout. It does appear that a new floor pan and tubs have been previously installed.

A project for you which is an advantage in two ways.  1 it gives you something to do, and 2 it is a blank canvas to do whatever you want.  A not oft seen version of the tri five lineup, take it where you wish, this the beauty of it.