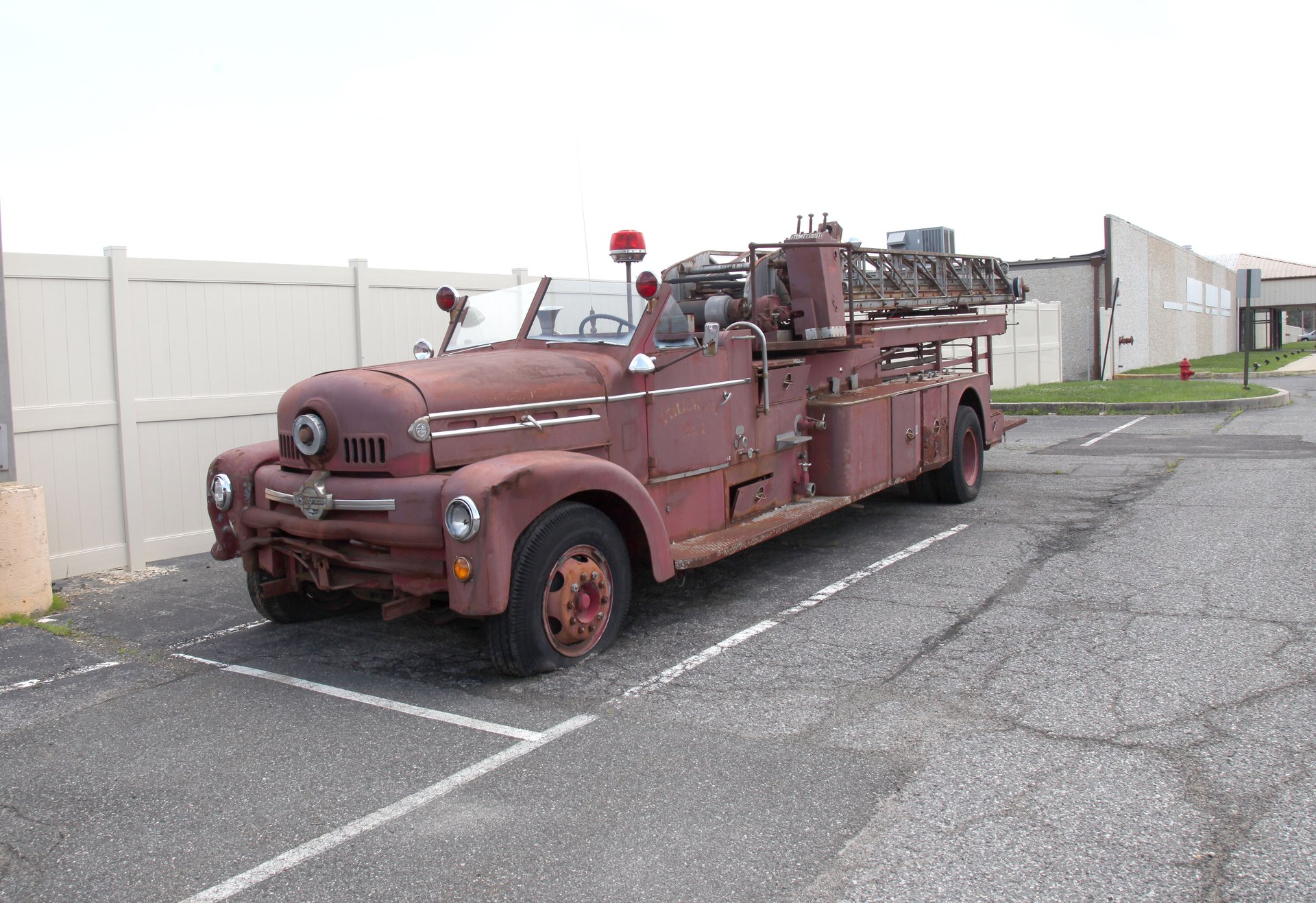 Seagrave was founded by Fredric Seagrave in Detroit, Michigan, in 1881. As such, Seagrave is the oldest manufacturer of fire apparatus in the United States. The company moved to Columbus, Ohio in 1891, and remained there until 1963, when the company was purchased by FWD.

For consignment, a barn find condition truck known as a Seagrave Anniversary Series 530-A, so named for the 70th Anniversary of the Seagrave Corporation, 1881-1951. The Anniversaries were built at Seagrave's S. High Street, Columbus, Ohio plant until 1965 when the facility moved to Clintonville, WI, where it remains in operation today.

Exterior
Prior to 1959, Seagrave was battered by the modern cab forward designs of most fire apparatus manufacturers, in addition to ALF: Ahrens Fox, Mack, Crown, Pirsch, etc. Seagrave had to capitulate their traditional approach to fire apparatus design and join the rest. This ladder truck is the early version with the rounded front fenders, and a single headlamp gave way to duals for 1958 and the front fenders took on a more squared approach, most likely to accommodate the bigger space needed for the headlamps. Plenty of rust and faded paint are on this truck which has an 85' ladder tower, and a rear roll out hose. This truck has an open cab design with a split front windshield. Dual rear wheels and tires support the additional weight of the ladder tower.

Interior
The open cab has unfortunately succumbed to the elements with the seats destroyed with only metal springs remaining. A simple dash is all in metal and the original steering wheel is now cracked, and water damaged.

Drivetrain
After the demise of Pierce Arrow, Seagrave came in and bought all the tooling they used for the V12 engines. Over the years they modified the design and this year the truck has a 531ci V12 engine. Dual 1 barrel downdraft carbs are on top, and a 4-speed manual transmission on back. You'll notice there is literally 2 of everything including spark plugs for each cylinder. This was for redundancy so no mechanical mishaps would occur when there was an emergency.

Undercarriage
There is plenty of rust and it is difficult to tell if this truck is actually structurally sound. We can note leaf spring suspension.

Definitely a parts truck for a person who may be restoring one of these pieces of equipment.