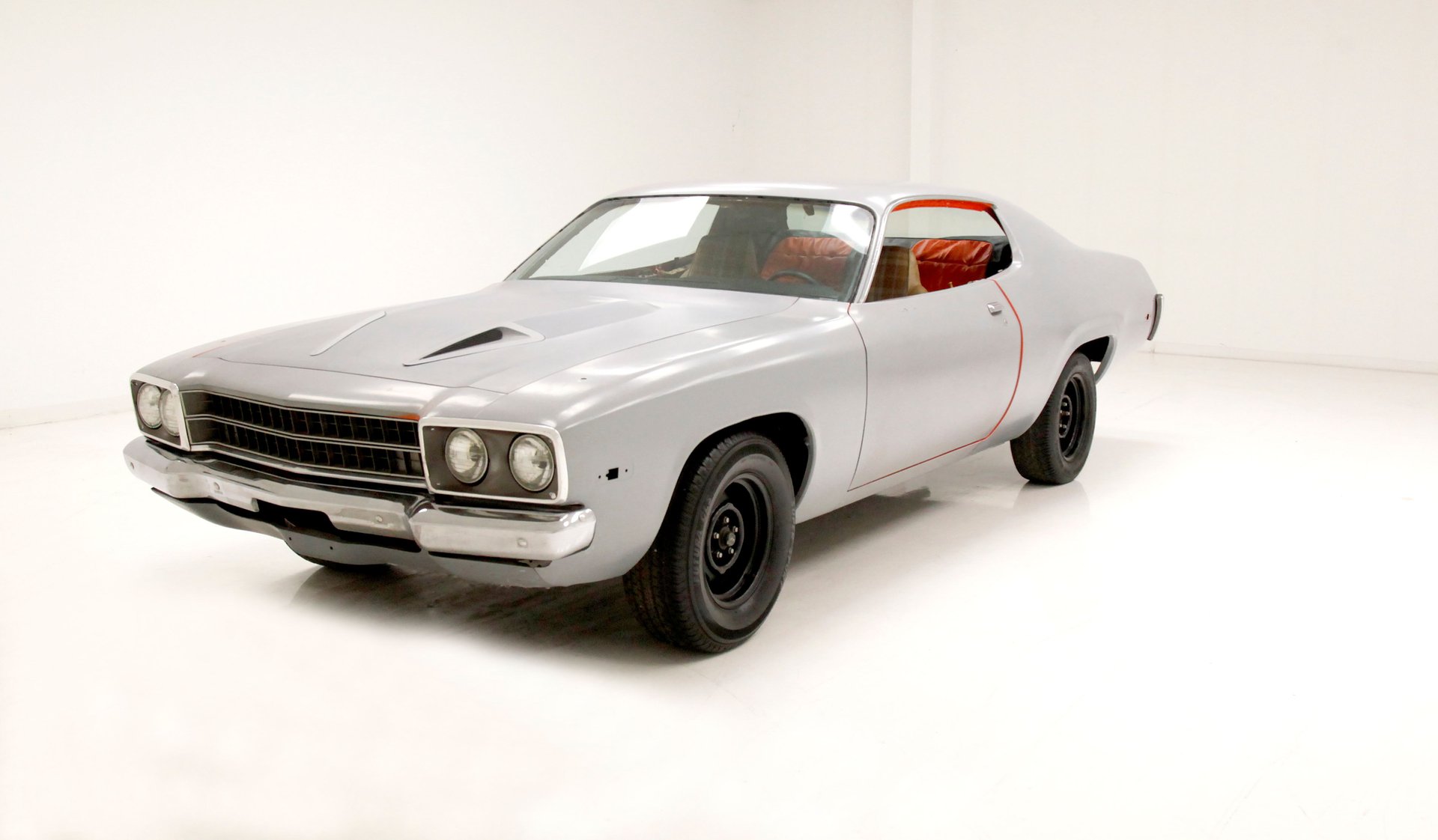 Lots of things happened in 1974, some highlights were as follows. United States President, Richard Nixon signed a National Maximum Speed Law Enactment e.g bill lowering the maximum U.S. speed limit to 55 MPH in order to conserve gasoline during an OPEC embargo. Oil embargo crisis: Most OPEC nations end a five-month oil embargo against the United States, Europe and Japan. During Ten Cent Beer Night, inebriated Cleveland Indians fans start a riot, causing the game to be forfeited to the Texas Rangers. President Richard Nixon, in a nationwide television address, announces his resignation from the office of the President of the United States effective noon the next day. Finally, the Muscle Car era came to a crashing halt. Partially due to rising insurance costs, The OPEC oil embargo, and the Clean Air Act of 1970. Automakers couldn't keep producing the tire shredding beasts of yore while staying compliant with the rule set forth by the ever-watching Big Brother.

A blank canvas is a wonderful thing for any automotive artist, so proudly presenting for consignment is a blank canvas in the form of a 1974 Plymouth Satellite. With the body already squared away, most of the new interior pieces included, a mildly souped up 360ci V8 this car is ready for your finishing touches and to be called your own.

Exterior
This Satellite is the final year for the coke body styling. Finished in gray primer with all rust remediated and ready for your choice of paint, even though we see some glimpses of Vitamin C Orange poking out of the jambs, this car is smooth and ready to shoot. An egg crate style grille is flanked by dual headlights on either side and a slightly tarnished chrome bumper hangs below. Resting between the fenders is a twin scooped Roadrunner hood. All trimmings and brightwork have been removed save for the door handles all in preparation for your upcoming paint job. A large chrome rear bumper takes up 2 thirds of the rear of the car and has integral taillights on either side. All federally mandated crash bumperettes have been removed but all glass is included with the car. 15" Mopar cop wheels are on all 4 corners and are wrapped in blackwall rubber.

Interior
Swinging open the driver's door and we are met with Vitamin C paint on the panel-less doors and jambs. Butterscotch vinyl covers the front bucket seats on the bolsters while a plaid butterscotch broadcloth makes up the seating surfaces. The rear seat is loosely covered in a black and orange vinyl covering but we didn't check the condition underneath. A long black plastic console sits on the hump and races toward the dash. The T handle slapstick shifter sits proudly in a sea of wood applique and finishes out the center console. A Grant GT steering wheel with a black leather wrapped rim fronts the original black dash and all is looking good in the neighborhood. Our consignor states that the complete new interior pieces are in the trunk with the exception of a headliner.

Drivetrain
Under the bulged hood and residing in the bright orange engine bay is a non-original 360ci V8 that our consignor states was rebuilt, bored .030 over and had a mild cam installed. Chrome valve covers flank the Edelbrock intake manifold and Carter 4bbl carburetor sans air cleaner assembly. A 3-speed A904 automatic transmission sends power back to a 8.25" rear axle assembly.

Undercarriage
Nicely preserved floor pans and unibody show with factory undercoating but no invasive rust. Independent torsion bars give us the ride in the front coupled with leaf springs on the rear. Dual exhaust with glasspack style mufflers send spent gasses out the back of the car while power disc and power drum brakes give the whoa factor.

Drivability
A quick starter and smooth driver. Plenty of power for acceleration and great braking. While still a project car it still runs and drives swimmingly.

Project cars can often be a heart wrenching labor of love but with this car that isn't the case. The vast majority of the hard work is done and now it's time for your imagination to take over and finish the car your way. But you better hurry as cars like this don't last long in our hallowed halls!