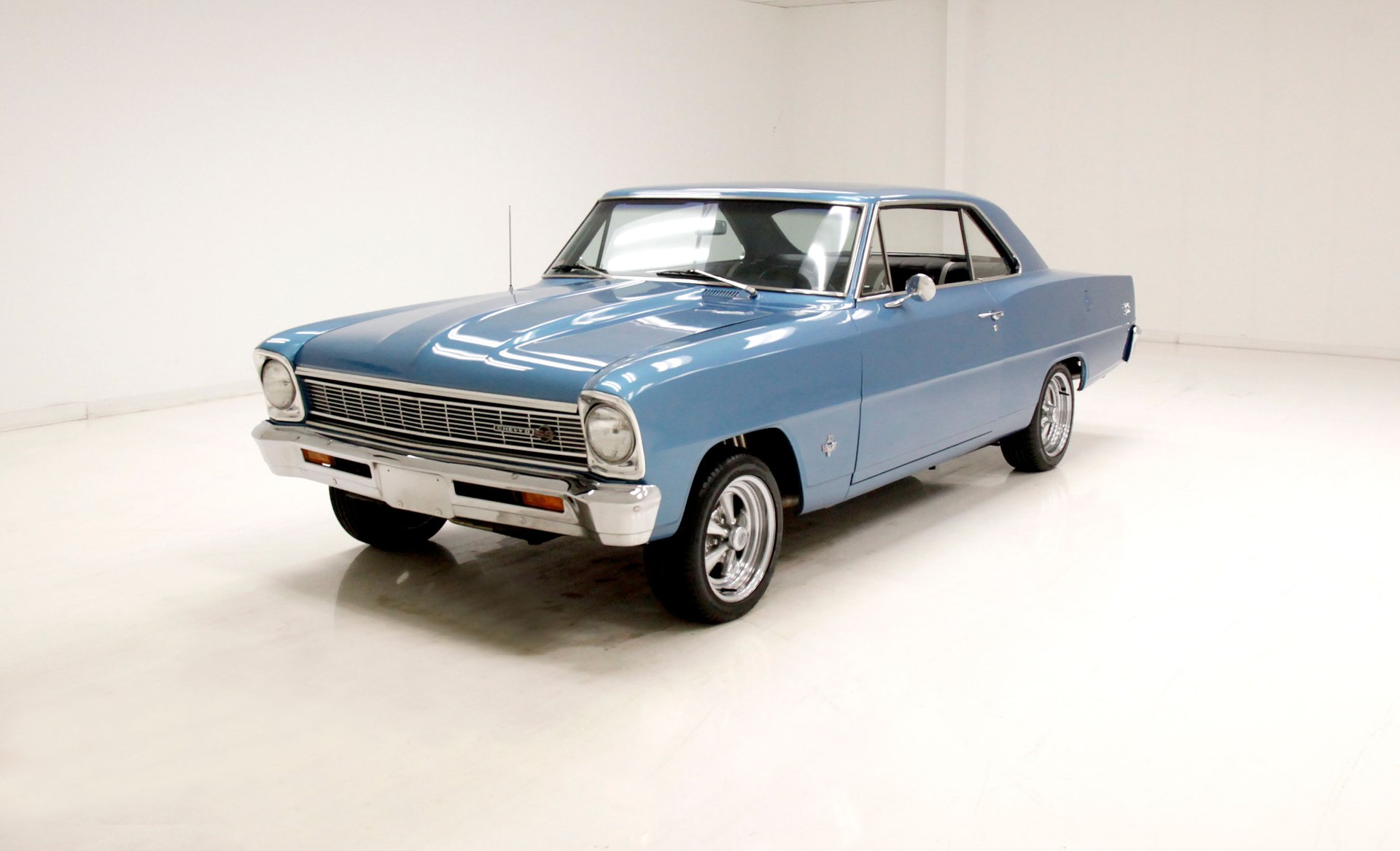 Chevrolet designer Clare MacKichan recalled about creating the Chevy II: "There was no time for experimentation or doodling around with new ideas from either the engineers or from us in design; And it had to be a basic-type car." "I think that was the quickest program we ever did at any time," he continued. "We worked night and day on that car, and it didn't take very long to run it through our shop because we had a deadline." And that's what made the Chevy II one of the fastest new-car development programs in GM history – just 18 months after the designers got the green light, the first production Chevy II rolled off the Willow Run, Michigan, assembly line in August 1961, in time for its September 29 introduction. Unlike the Corvair, the 1962 Chevy II was deliberately never intended to be revolutionary in concept or execution; its mission was to give Chevrolet buyers a simple, back-to-the-basics compact car. When he announced the Chevy II to the press, Chevrolet General Manager Ed Cole described the car as offering "maximum functionalism with thrift."

Minimalistic with maximum function, thrift, not revolutionary in concept or execution, a compact grocery getter, pick the kids up kinda car, here in our hallowed halls. It is nearly so pedestrian you would walk by it and never notice it. However, this does not detract from its charm, an important place in Chevrolet history fulfilling a need for the masses. Breathe in this 1966 Chevy II Nova SS sedan!

Exterior
With a respray of shiny blue body and roof, we see nothing but beautifully applied paint competing equally with beautiful chrome and trimmings. A straight grille, single fender mounted headlight and well minded gaps throughout, this car has obviously received a lot of TLC in its lifetime. A fairly mild-mannered looking car, save for the Cragar chrome 15 inch 5 spoke wheels wrapped in new rubber, and if you look closely you'll catch a glimpse of some fender well headers. Make some noise!

Interior
Straight and true black vinyl and some chrome accenting, cranks and handles and some tuck and rolling for the lower door panels are a preview of what's to come. Slipping inside snappy 60's style buckets grab your eye and your butt with tuck and roll bolsters, and smooth inserts in black vinyl. These sport a white stripe running through their center, and thesis vinyl as well. In back a matching styled bench looks like it's never been sat in. Black carpeting is flooding the floors and in front above the carpeting is an original simple dash. On the steering column is now mounted an Autogauge by AutoMeter tachometer. A digital radio replaces the original and now has AM/FM/CD capabilities. Above is a nice tight black vinyl headliner, and it is missing the dome light with just wiring coming from the mounting space.
Drivetrain
With the original SS 6-cylinder engine replaced now with a 327ci V8 the consigner states they believe its been bored over .030. It has World Products heads and a 4-barrel Holley carburetor with an Edelbrock intake. On the back is a Muncie 4 speed manual with a Hurst Shifter. Fenderwell headers are on, the block is painted the beautiful GM orange/red, and there's plenty of chrome accenting to go around. Also noted is a Billet distributor with vacuum advance and a Petronix HEI distributor cap, and a Flamethrower coil. Now appearing on the rear axle which is in 3.70 posi form and its 9 inches of Ford product. It's just a quick grocery getter now!

Undercarriage
Underneath is just factory black with even little to no dirt, and certainly no rust. Traction bars are on back along with leaf springs and drum brakes. In front independent coil springs and disc brakes. All very clean, nice upgrading job under here.

Drive-Ability
Out test driver called this a tad stodgy in appearance, but said it was a pleasure to drive, as it started quickly, drove great, all options worked flawlessly and was an overall tight car to drive. Definitely an A on the report card.

A very nice full restoration with a now bigger engine, and some performance extras. Looking very mid 60's on the interior and save for the Charger wheels and the fender exit headers, it's pretty much suburban transportation preserved nicely, but with an underlying kick. The beauty of an engine bay, all ready to play like it's 1966.