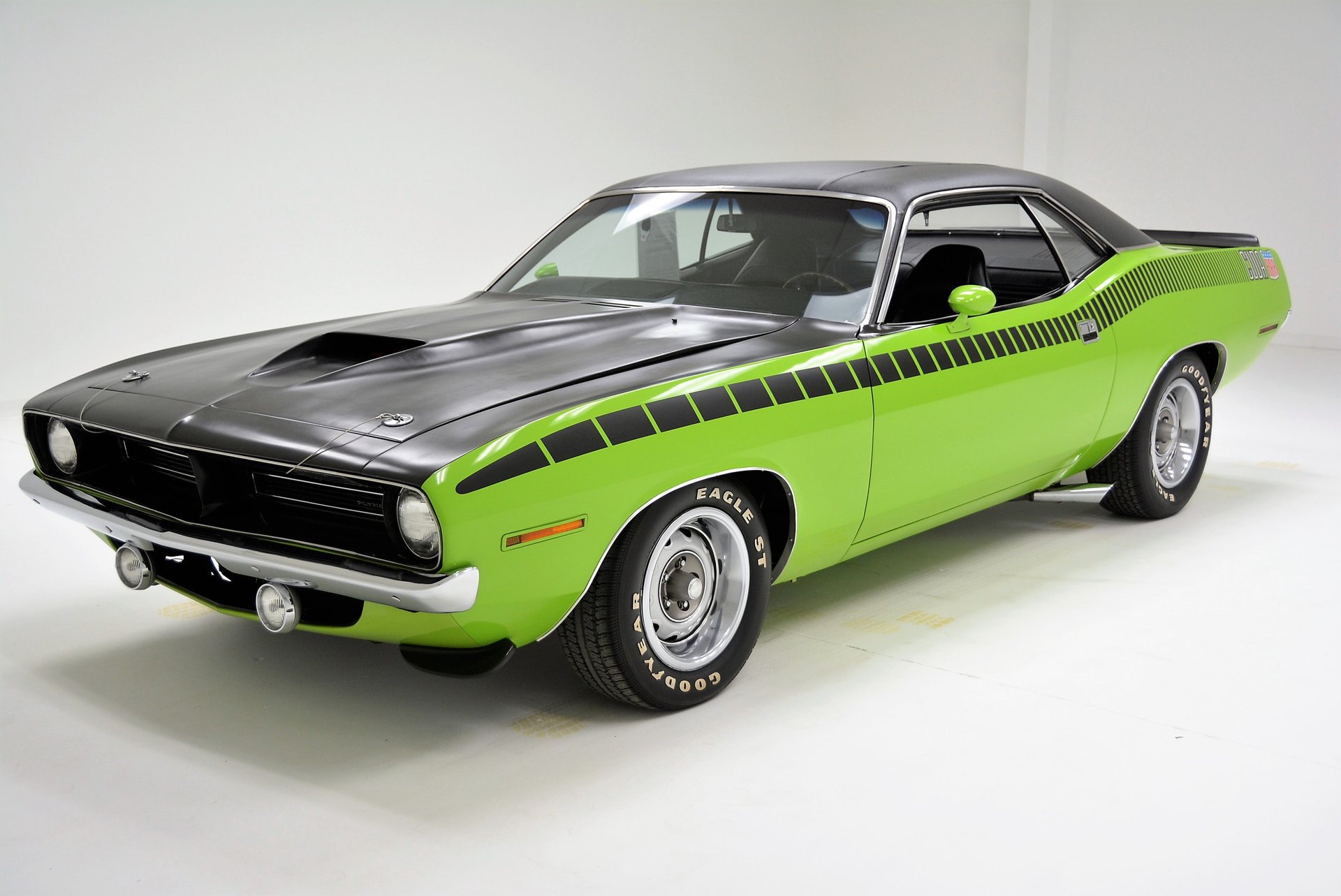 A special 'Cuda derivative for 1970 was the race-themed AAR. This car, much like Dodge's Challenger T/A, was built to homologate Dan Gurney's All American Racers Trans-Am racing team.
AAR Cuda's featured staggered front and rear tires, a black grille with a matching NACA-ducted flat black hood and fender tops, distinctive "strobe" side stripes and a special trunk lid spoiler. The exclusive AAR engine was a side-exhausted 340-cu.in. V-8 topped with three 2-bbl. Holley carburetors, and it made 290hp when mated to a four-speed manual or three-speed TorqueFlite automatic transmission.
The AAR Cuda was only produced during the year of 1970. The AAR 'Cuda was produced to race in the SCAA road racing and to compete with the Ford Mustang. AAR actually means 'All American Racers'.
Let's first look at how the AAR Cuda differed from the regular Cuda. Then we will go into more detail with each of those differences.
The AAR Cuda was different from the regular 'Cuda in many ways. All AARs had a 340 6 barrel engine. The AAR Cuda had a unique stripe called a strobe stripe, which held the AAR 'Cuda logo. The hood scoop on the AAR actually took in fresh air. For spoilers, it had front “eyebrow” spoilers and a rear “duck tail “. Unlike a standard Cuda, the AAR's exhaust came out the sides near the back wheels.

The AAR Cuda was produced during the months of March and April, 1970. Production of the AAR began on March 10 and continued until April 17. There was however the pilot car that was produced February 3rd. Also, according to a couple of AAR Cuda Registries, there were no AARs known to be produced March 10th, 25th - 27th, or the 30th. Also they reported that there has been at least one AAR with the production date of April 20. So those production dates may not have been followed exactly by the factory. There were only about 2,724 AAR Cudas produced in the six week time period. There were 1,120 produced with manual 4-speed transmissions, and the remaining 1,614 had the automatic 3-speed transmissions.

Copy of original window sticker included with MSRP of $4,356.70