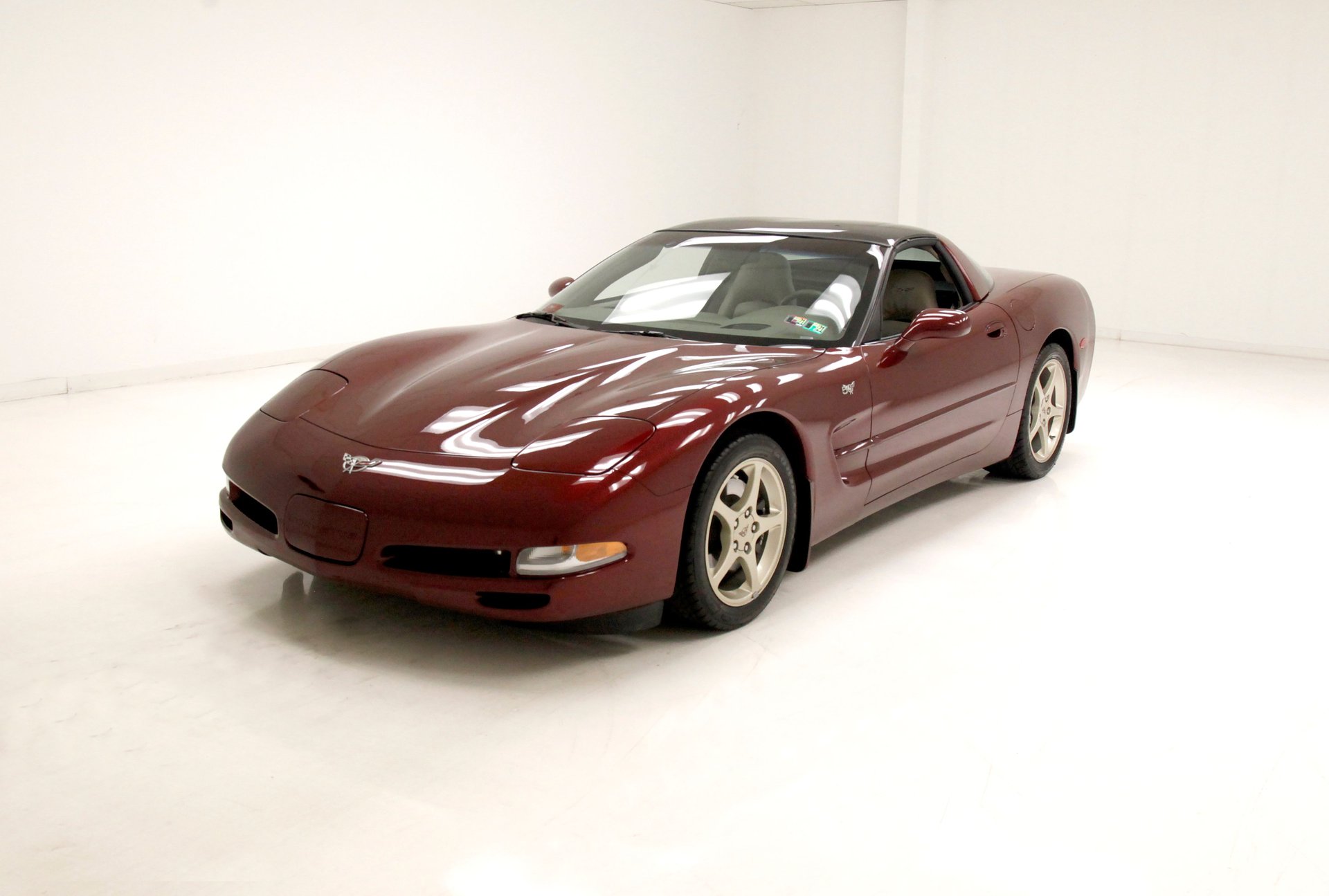 Zora Arkus-Duntov (December 25, 1909 – April 21, 1996) was a Belgian-born American engineer whose work on the Chevrolet Corvette earned him the nickname "Father of the Corvette." He is sometimes erroneously referred to as the inventor of the Corvette, whereas that title belongs to Harley Earl. He was also a successful racing driver, taking class victories in 1954 and 1955 at the 24 Heures du Mans.

For consignment, a 2003 Chevrolet Corvette Convertible. Corvette was celebrating their 50th anniversary in 2003 and did have an early release of a special paint scheme which is on this car and called 50th Anniversary Red which also included a special Shale leather interior and special gold tinted wheels. Bought new from a well-known dealership and kept with low low miles our consignor is now ready for someone else to take the reins. And as they say, “the rest is history”.

Exterior
50th Anniversary Red drapes the exterior of this car. Exterior add ons include heated outside mirrors, halogen headlamps, a smoked see thru removable targa roof, and chrome exhaust tips, which are gathered together in the center of the rear roll pan. All black trimmings, the Corvette cove on the front quarter harkens back 50 years. Gold tinted anniversary wheels are on all for corners. We do note that the lower part of the front bumper cover is broken due to an unfortunate incident with a traffic cone that didn't make it under the car.

Interior
50th Anniversary Shale, (off white), leather, power adjustable, high back buckets embroidered with “Corvette” name and 50th anniversary crossed flags await you. Sliding in will put you into a cockpit with an AM/FM/12 CD sound system with Bose speakers, dual zone electronic A/C, a driver's info center on the dash above the console, cruise control, power locks, power windows and a magnetic ride control dial on the center console. A heads-up display is seen as are very clean shale colored carpeting throughout.

Drivetrain
The standard 5.7 Liter LS1 Fuel Injected V8 nestled under the forward tipping hood, in a clean engine bay, is attached to a T56 6 speed manual transmission. The rear axle weighs in at 3.42 positraction carrier.

Undercarriage
Very clean, nothing but black painted steel, cast aluminum suspension and stainless steel. Very sound with no rust or surface rust. Active handling, traction control, and 4-wheel disc brakes with drilled and slotted rotors and ABS are noted along with a Corsa cat back exhaust system. SLA independent suspension with a transverse composite leaf spring provides the magnet like ride for both front and rear.

Drive-Ability
This Corvette in 50th anniversary red is a stunner. Plenty of power after a quick start and warmup, and the test track was no match for this vehicle. It ran great and all was working except as to be expected from a 4,100 mile car.

An Anniversary special edition of which only 500 examples were produced, so a bit rare, and all in very nice condition.