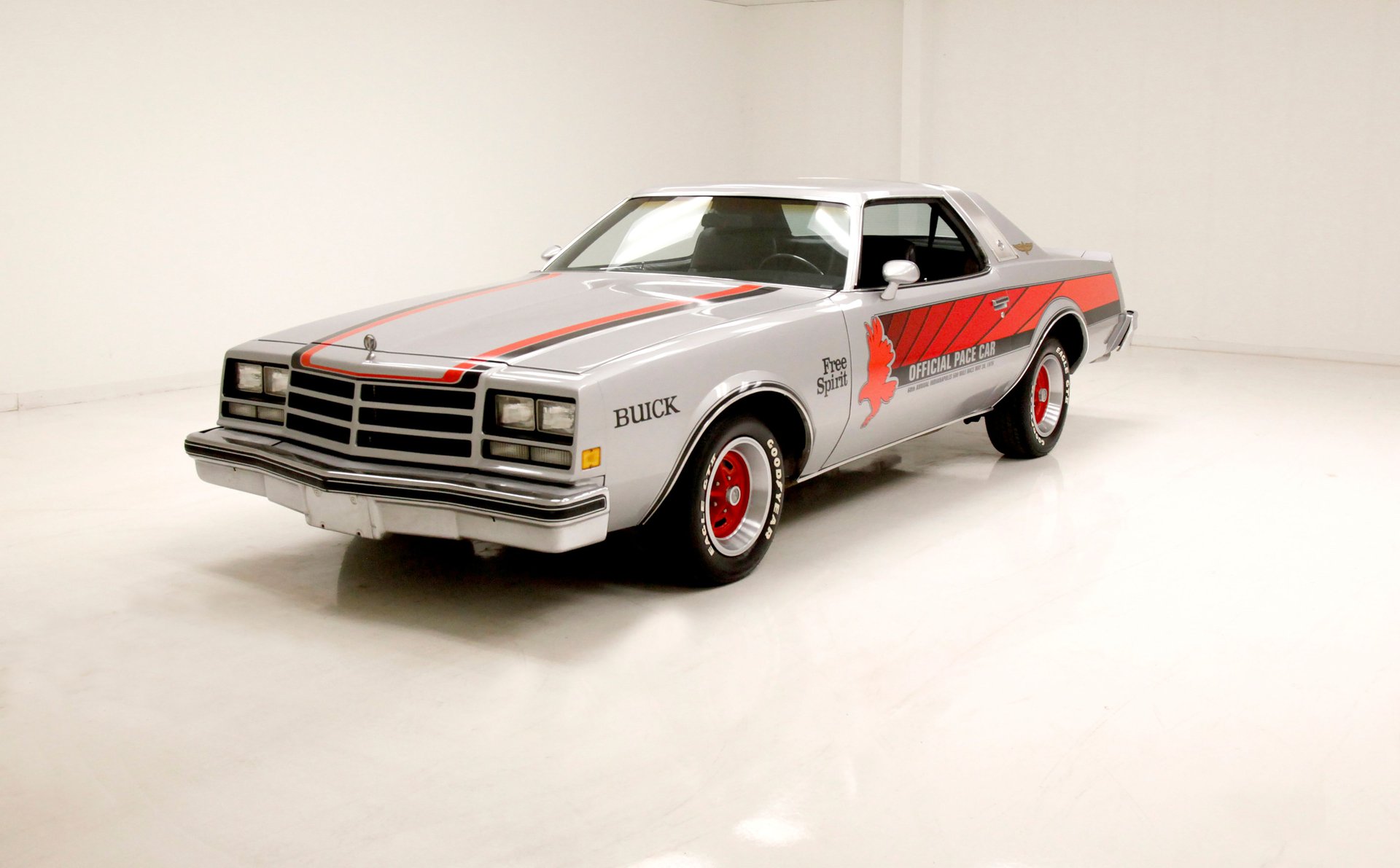 The mid 1970's is widely regarded as a low point for American performance cars. Power had been slipping away as new regulations were squeezing the life out of the muscle car movement. Few true performance cars were left by the mid 70's as decals replaced power. The Corvette, Mustang and Camaro all took power hits, while the Pontiac Trans-Am somehow held on defiantly. Detroit scrambled to keep up, (EPA requirements), with what was going down, (weight and horsepower). Buicks answer to this dilemma was to dust off V6 engine designs that could trace their beginnings to early 60's AMC. New technology would enhance output thanks to a boost from turbocharging. This approach had benefits that were twofold: more power for bragging rights and better fuel economy for the growing legions of tree huggers. Eventually the top sporty Buick coupes would move from the Century to the more upscale Regal, but as the base intermediate in Buick's line, the Century was a great place to start.

For consignment, a 1976 replica of the pace car used for the Indy 500 for the second year in a row the Buick Century. Interestingly enough the car used to pace the race was a 6-cylinder engine, and this replica comes with a 350ci 8-cylinder. The track version was extensively engineered to do speeds of over 100mph, modified to stay cool and keep up the pace with nearly half of the CID of the V8's. Our consigner was the second and 4th owners of this car as it took a leave of “absence” of you will during a marriage squabble. He states that this car is 1 of 1,241 built that year.

Exterior
This 1976 A-body car got a facelift with a more modern quad headlamp design and a more angular look as opposed to the 73-75' models. Sleeker lines abound, where the 75 pace car replica design was all about the patriotic colors of red white and blue, the 76' model oddly enough used a different color scheme. The actual cars pacing the race featured a slightly different design from the replicas. The replicas have red silhouettes of eagles on the doors with graphic bar trailing them, while the actual pace car featured a full side graphic bar starting from the front of the car. All replicas came in silver only with bold contrasting red and black graphics using Buick's “Free Spirit” theme. The theme featuring the eagle would become a standard graphic motif on sportier Buicks for much of the 70's and early 80's. All straight steel for this example gracing our hallways here at Classic Auto Mall. A black stripe adorns each wheel well which appears to have a stronger flare out than standard models. Also, this pace model uses a brushed aluminum “basket handle” if you will, in lieu of the opera window at the B pillar. This wraps around the roof of the car and angles down and rearward. There is the Indy winged tire badge just behind this panel on either side. A small spoiler is atop the trunk lid and the rear panel is blackened with the Free Spirit BUICK badge on the passenger corner. Large dual exhaust pipes peek out from underneath the clean bumper on back. 15-inch Buick rally wheels are on all 4 corners with raised white lettering BFG Eagle GT2's wrapping them.

Interior
The interior did not deviate much from the standard Century, down to the simple gauge cluster. The replica does have a neat center console based shifter that resembles aircraft throttle levers and utilizes some wood appliqué to cover surfaces throughout. Black shiny bolstered buckets with black stitched broadcloth inserts adorn the high back buckets in front, and a rear bench. Black carpeting floods the floors, and nicely sculpted door panels in smooth shiny black tuck and roll vinyl and wood appliqué strips flank the interior chairs on either side. A tight vented vinyl headliner is mounted tightly above all this menagerie.

Drivetrain
Under the hood in a very clean environment which is unrestored we note the 350ci V8 which produced 140hp. This version has a single 2-barrel carburetor atop, and a TH350 3-speed automatic transmission on back.

Undercarriage
Underneath some slight surface rust is noted throughout. The gas tank, frame and floorboards are coated with some of this surface rust; however, all remains structurally sound. Independent coil spring suspension is on front and a 4 link with coil springs for the rear. Power front disc brakes and power drum brakes are on back. Lastly, a fairly rust-free glass pack style exhaust gives this sporty luxury sedan a throaty sound when pressing the accelerator.

Drive-Ability
She fired right up and off to the test track where oddly it wanted to stay in front of all other cars we have! (Tongue firmly in cheek!). Actually, it accelerated nicely, however I did notice the transmission slips in all forward gears. Also, upon closer inspection the thermostat housing is also corroded and will need replacing.

Plenty of receipts, the original order form and window sticker are with this high optioned car with snappy Indianapolis 500 graphics reserved for the original pace car. This example is clean and shows a bit of rust spots near the wheel wells and rear fenders around the bumpers. Overall good condition and definitely not often seen with a mere 1,241 built and an unknown number of survivors. Be assured you will be the only one on your block with one!