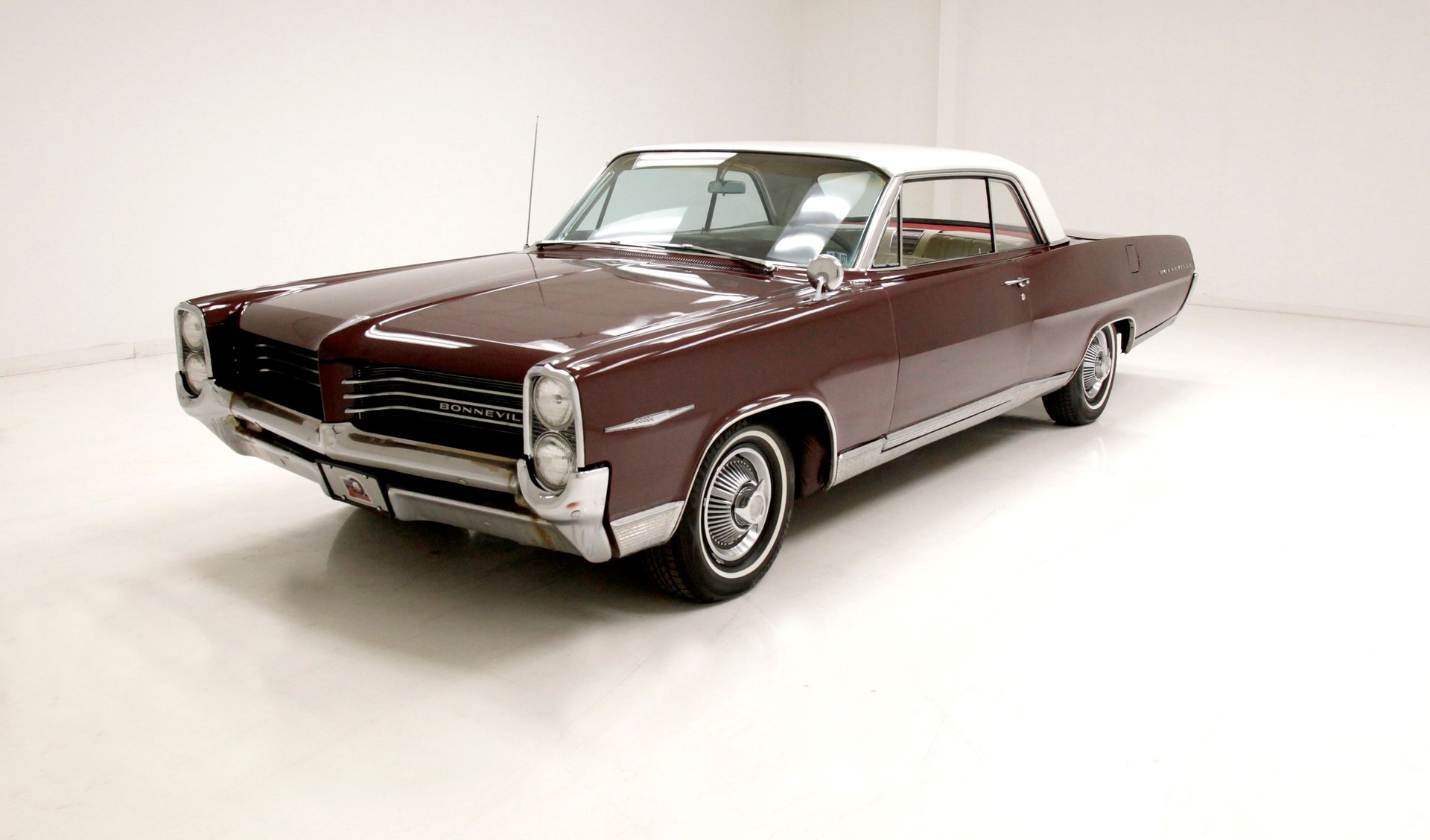 Interesting story on how the Pontiac Bonneville really earned its name. It all started with David “Ab” Jenkins and his love for the Bonneville Salt flats. He and his son Marv were racers there and in 1956 were tapped by Pontiac to help the brand set some speed records and to shed it's ho-hum reputation. “Until my dad got hold of that Pontiac,” said the late Marv Jenkins, “it was a car for retired ministers. In June of 1956 Ab and his son Marv drove a Series 860 Pontiac around a 10-mile circular track that had been laid out on the salt. Together they achieved an average speed of 118.375 MPH in a 24 hour period and shattered all 28 American unlimited and Class C stock-car racing records. Ab drove around 2,841 of the miles himself and survived off of only a few chugs of milk that he took down during his 30-second pit stops. He died of a heart attack shortly after setting the records. In 1957 Pontiac named the Bonneville in his honor, a rare example in which a car was named after a racing inspired theme.

For consignment, a 1964 version of the Bonneville that represents in my opinion one of the nicest design years in the history of this car. With its split front grille, Pontiac “beak” breaking it up, dual stacked headlights, sleek rear with integrated arrow inserted into bumper taillights and along with a clean interior. This example is a keeper...Meet George Jetson!

Exterior
A Maroon Metallic respray covers the big steel panels of this large and in charge cruiser, which is also peppered with stainless trimmings to break up the maroon. Panels are mostly straight, paint is good, and there is a lot of it to look at. From the side view it appears as a 2 door spaceship with a swept back B pillar, a long, long trunk and hood and inset bumpers in chrome. Appearing that it could be moving at warp speed. The roof is painted in white and shows very nicely with clean rust-free trimmings around the glass all around. Adding to the spaceship mystique are the turbine style wheel covers with knockoff center hubs. Bumpers have started to delaminate on the chrome front and have slight rust also. Most trimmings are in nice condition though ailing with badging and the stainless-steel rocker coverings. Jane, His wife…

Interior
Style-a-licious would best describe this mid century modern inspired interior. Slightly soiled white door panels, showing with more delineating trimmings which are a bit corroded but maintain their shine, along with some patina cranks and handles. A front split back bench presents with some stitched mild tuck and roll inserts and smooth bolsters are draped in white vinyl. Power toggles are on the drivers left and allow electric adjustability of this front bench. Another bench for the back is all in nicely preserved vinyl and make up the passenger compartment. A wood appliqué dash with plenty of chromed highlighting is clean, and all functioning. The top dash is covered with padded black vinyl and shows no cracking. Gauges are looking good and original, and an aftermarket vintage style radio is now inserted just below the trio of eyeball gauges in the central dash. Nice red carpet covers the floors, and a tight white headliner floats above. This headliner has suffered some water stain damage particularly on the passenger B pillar region. Daughter Judy….

Drivetrain
A pop of the large and long hood and we see a 27P stamped correct 389ci V8. This patina engine is topped with chromed valve covers, a chromed air cleaner, has nice supple rubber hoses, like new wires and no corrosion or rust. Below the air cleaner is a 4-barrel carburetor and strapped to the back is a Hydramatic 3-speed automatic transmission. Power goes rearward to a 10-bolt 2.69 ratio rear. His boy Elroy….

Undercarriage
Setting our phasers to stun-ned, the undercarriage is clean and mean with no rust seen. All structurally sound underneath, and noted independent coil springs upfront, and 4 link with coil springs on the rear to provide the glide ride this car is famous for. Power drum brakes are handed out to all 4 corners, and all is well underneath.

Drive-Ability
Past history allowed me to step to the front of the test drive line as when I was 16 this was the family car, and I loved every minute of it. Mainly because of those 2 large benches and my 15 year old arm candy. This one started right up, idled smoothly, and when shifted into gear took off with V8 4-barrel power. It is a large car, and will not carve a curve, but then again it is a cruiser with plenty of cubic inches to romp around in and utilize under the hood. A super smooth ride, this car will literally cruise all day at highway speed and can carry a family on long trips. While on one, don't forget to pull over, have a sandwich and pop the hood for the engine to cool faster before returning to the interstate. Is that a 60's thing? As it is highly illogical when really thinking about it. Slight brake bias to the left was experienced and the A/C blower is in-op. Jane STOP this crazy thing….!

All in all a nice ride, good paint, aging chrome bumpers, and an original engine which runs like a Swiss watch. Plenty of room to play in, and the iconic Pontiac look with its split grille, “beak” and stacked headlights, and a wonderful interior to boot. Speaking of boot, prior to your purchase I'll move my 1 bed room furniture out of the trunk, but for now it's staying.