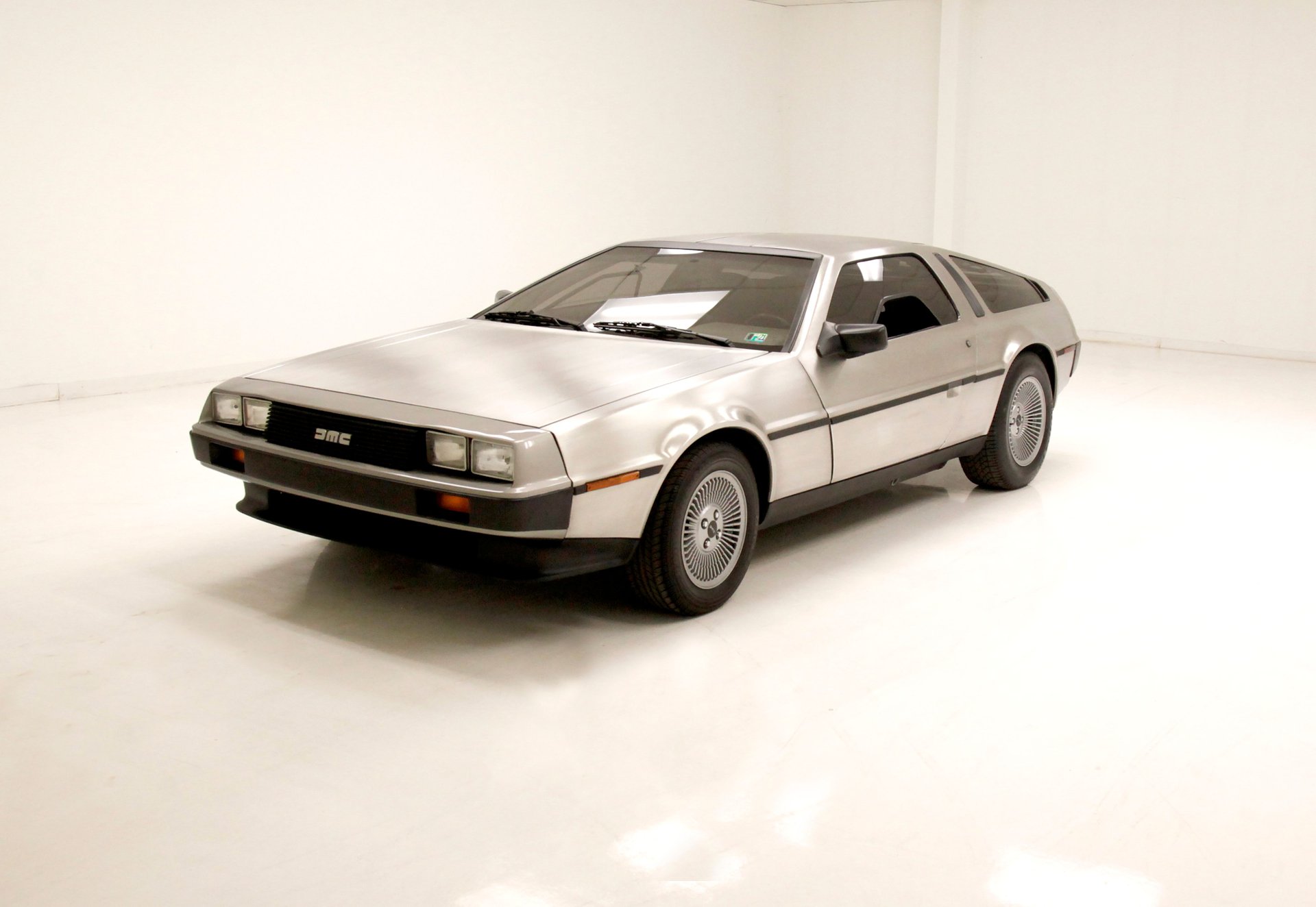 John Zachary DeLorean was indisputably a brilliant engineer. A flamboyant, aggressive business executive who burst out of the staid yes-men culture of the 1950s. He would prove to be an early model of the modern American visionary—think Jobs, Bezos, Zuckerberg—who discarded convention in pursuit of a singular vision. In his case, that meant trying to create the greatest sports car the world had ever seen. He also was accused of being a thief, a fraud, an embezzler and a brazen con man who fooled everyone he ever did business with, from celebrities to superpowers, bilking them out of millions of dollars in the process. DeLorean's longtime attorney and staunch personal advocate Howard Weitzman told the Los Angeles Times after the carmaker's death in 2005 that “John DeLorean had one of the most warped views of right and wrong” he had ever come across.

For consignment, a car from a visionary GM executive who attained rock star status, and failed to conform to the corporate norms, so he set out on his own, and created the DeLorean Motorcar Company, which operated in Belfast, Ireland, and produced his visionary stainless steel car with the gull wing doors. Here we have an example which is a rare find, as there were a mere 9,000 produced, and even less (approximately 6,000) sold. This is also an even rarer 3 speed automatic version with a mere 600 produced. Low mileage, and a piece of history even though some of the story is somewhat shady.

Exterior
This aero wedge shaped car is fabricated out of all stainless steel. It will never rust, just dull a bit, but then you get out the Brillo pad. A rectangular snout with dual square headlights flanking a simple black grille, all within a neoprene crash bumper, and the fun starts. All fabricated and artfully shaped stainless steel mixes with black trimmings around the windows rockers and side beltline trimmings. With Ferrari-like lines it retains a low center of gravity and with the 14 inch for the front and 15 inch for the rear turbine style wheels has a futuristic look, (Or should I say back to the futuristic look!?). The gull wing doors are a very unique feature and actually create a very quiet interior ride due to their sealing mechanism in the down position. On back a wide stance is accentuated by a long sloping rear glass, covered with wide louvers for protection from the sun. The rear panel houses the running lights, brake lights, reverse lights, turn signals, and looks like a 1980's computer grid one usually sees showing up in a campy Sci Fi movie. These high tech grids are hovering just above a black embossed DELOREAN badged rear rubber bumper.

Interior
The futuristic gull winged doors inside are covered in charcoal gray leather and offer up a very simplistic design. The subway styled stand up hangers are the door pulls aiding the seated driver to reach the actual door. Inside are “spacey” high back buckets, also in charcoal leather. These flank a center console with a storage area, numerous toggles, and the automatic shifter. This console rises to the dash where we see temp and airflow controls, and a Clarion aftermarket AM/FM/CD player stereo. A rectangular “bump up” provides a clear view of the gauge cluster, and an original leather covered steering wheel is fronting the dash. Dark gray carpet covers the floors, and is mostly clean and stain free. Pushing the seat backs forward, reveals a carpeted storage space which remains nicely preserved. Way back is the engine bay, yes it's a rear engine car.

Undercarriage
Underneath we note a mix of fiberglass and stainless for the undercarriage, and plenty of ground effects to cover most of the undercarriage. All rust free, we see MacPherson Strut suspension in the back, and upfront independent coil springs. Power disc brakes are all around.

Drive-Ability
This car started right up and drove well on the test track. Not particularly known for its power, it had good acceleration, decent handling and was a pleasurable drive. All seemed to be functioning well at the time of this drive.

Bathed in stainless steel, and eventually cocaine, used as a scheme by Delorean to try to help save his company, we now have a unique vision from an automotive visionary, who actually came up with the concept of the Pontiac Firebird. A sporty looker, gull wing doors and gray sporty leather interior, you are ready to go back in time… Await the lightning! Noted are plenty of new add ons, maintenance records, factory service manuals and restoration paperwork that are available for anyone's perusal upon request. Along with a detailed ownership record dating back to 1999 the paper trail is impeccable. Add in some much needed upgrades of factory parts and we're all set to go Back To The Future!!!!