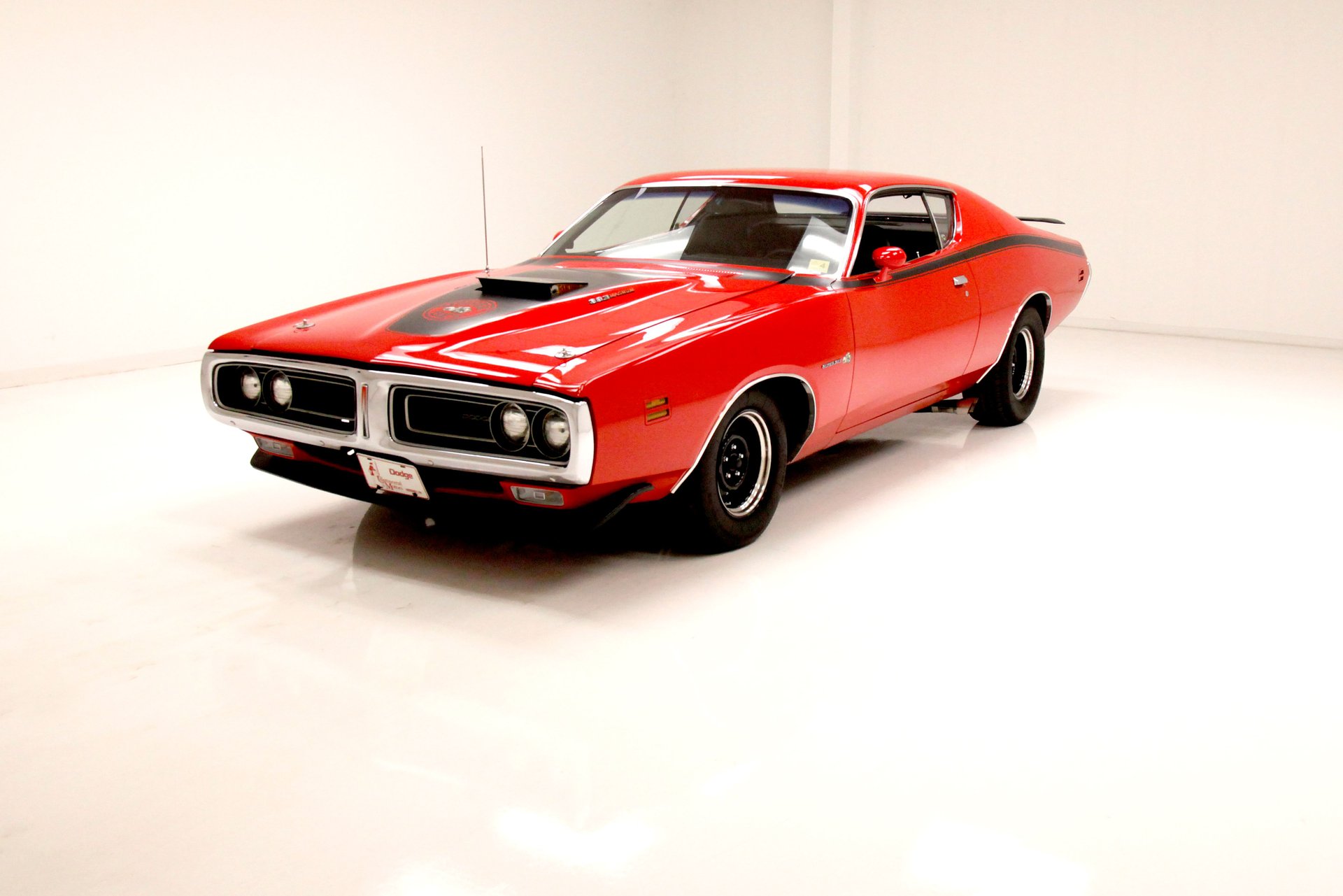 What makes it special: The Super Bee was Dodge's muscle car produced from 1968 through 1971 model years. The Super Bee name got its origin due to the “B-Body” designation that was given to mid-sized Chrysler models, including the Road Runner and Charger. What made it famous: When the Dodge Coronet line moved to 4-door and station wagon body styles, the Super Bee model was moved over to the Dodge Charger platform. Being that there was an “R/T” Charger model already, the “Super Bee” Charger was promoted as the low-priced model at the time. There were distinctive features for the “Super Bee” model of 1971: It was the first and only year that a 275 hp, 4-barrel 340 Small-Block V8 was available in a Super Bee.

A husband and wife team of muscle car lovers began a search for something different and found it in this 1971 White Hat Boys Super Bee that had been worked, but they wanted it more correct, so the efforts began. The results are as close to an original factory 1971 Dodge Super Bee Charger as one will get. This driver looking like a trailer queen car has a few more details the team would like to do, but they now have decided it is close enough and are offering it to a lucky individual who is smart enough to snap this example up and go and show. It does not get any more like 1971 than this car! Now star of the cover of MOPAR Magazine with the famous Doug Gerlitzke driving. Also, it is registered on the 1971 Super Bee registry.

Exterior
Bright Red was an unusual color in '71, but it is correct but not original on this Super Bee. Applied over laser-straight bodywork and some of the most perfectly aligned panels I've ever seen, this is a seriously good-looking car. The long nose/short deck styling made popular with the pony cars translated well to the new Charger, and this one looks fast just sitting still. Loaded with all the eye-popping graphics available, including the longitudinal tape stripes and Super Bee graphic on the fully functional N96 air grabber hood. There's no color combination more fitting for a car such as this. Add in the satin black deck lid mounted wing, the matching chin spoiler, and racy hood pins, and this car looks plenty aggressive, even if it didn't have a nasty 440ci V8 living underneath. The trim and bright work have been expertly restored as well. Note that this car carries the dual open headlamps, which work as they should, as well as the fender-mounted turn signal indicators. The emblems are bright and crisp, including the 383ci Magnum call outs on the hood and Super Bee logos on the front fenders. As a link to the past, the taillights are housed in an argent silver panel, and the two exhaust tips peek in front of the rear tires instead of the rear valance (man i miss those machine gun tips). To finish off all 4 corners, 15-inch black painted and chromed dish rimmed police wheels do the job swimmingly.

Interior
The '71 Charger also received an all-new interior which, in typical Mopar fashion, was stylish and well-executed. With comfortable high-back bucket seats sporting fresh seat covers all in black, a comprehensive dashboard that includes a 7000 RPM tachometer, and upscale wood grain appliqués that actually look quite convincing it's a great place to spend a few hours listening to the music of the big block under the hood. Also, note the leather-wrapped Tuff Wheel, a wood adorned pistol-grip shifter, and the lack of a console—after all, this was still intended to be a budget supercar. The original and unique Music Master AM/FM radio still lives in the dash, with both its knobs skewed to the left and the dial on the right, and a matching Super Bee script emblem has been fitted on the passenger's side. Just below the dash is a factory cassette player / recorder (an extremely rare option). New door panels, a taut fitting headliner, and matching black Super Bee logo floor mats complete the interior appointments making this a car that's ready to show or drive at almost any level. Even the trunk is beautifully finished, with more near-flawless Bright Red paint and a correct fitted mat, and a space-saver spare with complete jack assembly.

Drivetrain
The muscle car era wasn't quite over in 1971, and the guys at Dodge definitely didn't get the memo. With super-low production numbers, we now see a 383ci V8 circa June 27th, 1969 casting date within the pristine engine bay restored to be as original as possible even down to the hoses (now THAT'S attention to detail!). There is a single 4-barrel carburetor on top and a numbers matching A833 New Process 4-speed manual transmission on back that came with the car from the factory. The rear axle is an 8-3/4 inch 3.23 geared Suregrip.

Undercarriage
A nicely applied fine coating of rustproofing covers the straight rust free steel panels and unibody underneath. Headers and a shiny Flowmaster exhaust are noted snaking their way rearward underneath, and on either side are front torsion bar suspension, and leaf springs on the back. Power disc brakes are upfront, and power drums for the rear.

Drive-Ability
We clamored to get into this star of magazine print car, and it did not disappoint. Breathe all the 1971 technology in and fire it up, we are off to the test track. Here we not only had some fun but were very impressed as to how well this car runs, accelerates, handles and stops.

About as correct as it's gonna get, this great example, painstakingly restored and rebuilt back to factory specs, now a rare example of the 1971 Charger Super Bee awaiting to sting your competition. Now that's as sweet as honey!