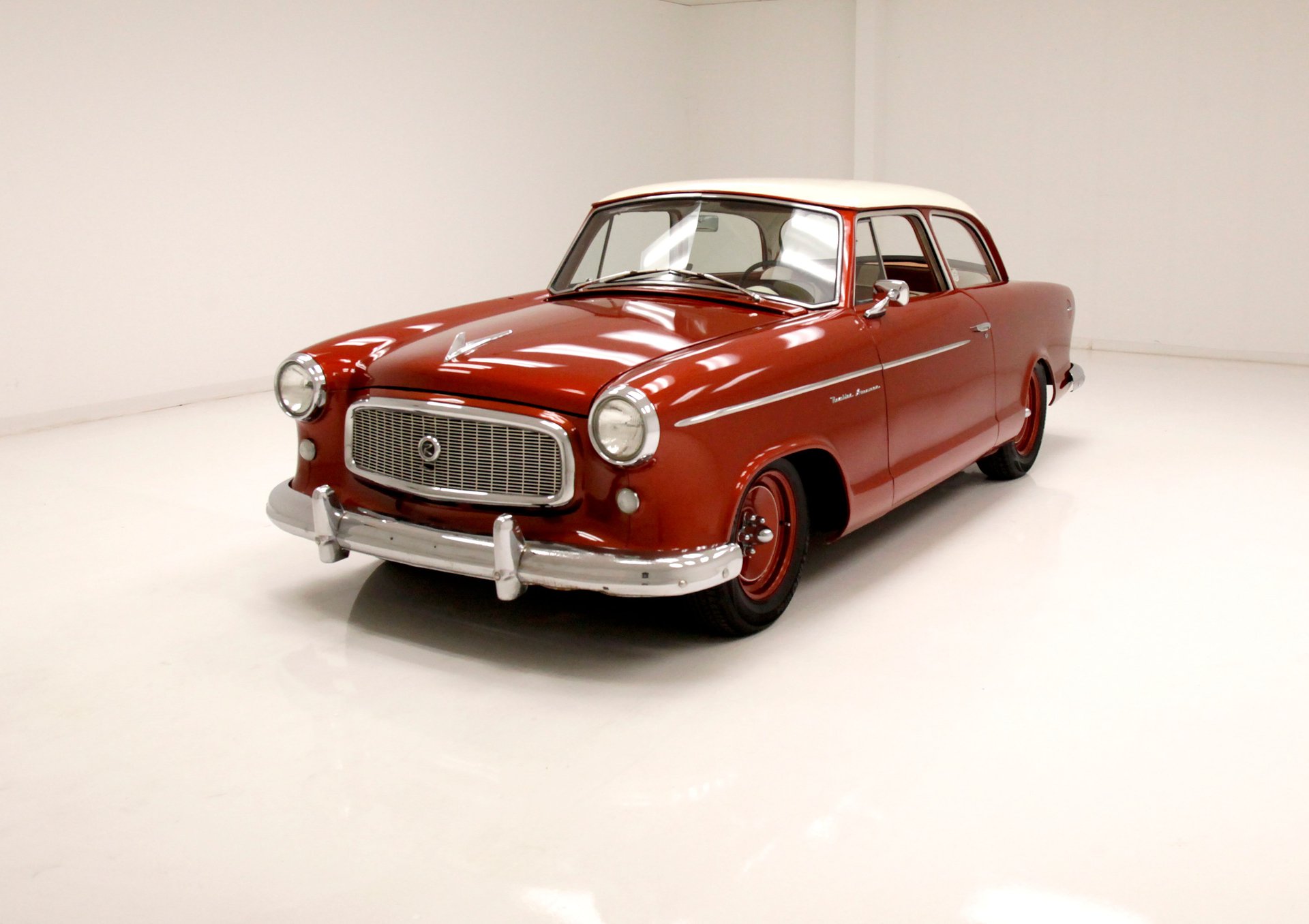 Car buyers were displaying a growing interest in small foreign cars. AMC covered that market with its imported Metropolitan, but the Met was only a two-passenger car; for higher sales volumes an automobile capable of holding four or five was needed. AMC considered bringing out a revamped Metropolitan with a wagonlike roof that provided interior space for four people but engineers and product planners felt the limitations of the Met's 85-inch wheelbase were too great. They believed a 100-inch wheelbase was needed for the roominess that most buyers demanded. When they explained that to management, Chapin recalled, "Grins lighted up our faces. Why, we already have such a car,' one of us exclaimed. 'Our tools are still intact for the 100-inch Rambler.". Chapin and then-chairman George Romney believed the small Nash Rambler, last produced in 1955, provided a perfect compromise between a big family car and a small import, so the decision was made to reintroduce it in an updated version.

For consignment a car that is sure to get your tits in a wringer, and wash all the apprehensions out of any doubt that the 1960 Rambler American is indeed a very cool car. This example was completely redone in 2015 with new paint, several mechanical brush-ups, and a complete engine rebuild. Think of it as a Nash Metropolitan for 4, which the American public ate up with a spoon due to the European cars gradually coming into the states, in all their compact versions. Read on or you'll be left out to dry and waiting on the line to snap it up!

Exterior
Spending its life in the arid Arizona weather, it came East in 2015 and started out as a rust free restoration, with which all metal was straightened, gaps minded, and sanded down for a now soaked in beautiful bronze paint. Shades of the Metropolitan with the body shape and some trimmings harkening to the Metro. Chrome headlight bezels, a simple egg crate grille plopped into the center of the front, a shiny bumper below and trim spear running from front to mid door. A white top is making up the two tone, and plenty of shiny trimmings surround all the glass. On the back flanking the bulbous trunk are small rounded fin quarters which have mini chromed bezeled cathedral style taillights. A nice central badge/lock for the trunk lid, and another shiny chromed bumper below. On all corners are body matching deep dish wheels with a chromed 5 bolt centers complete with a round mini cap. A small white pinstripe adds some bling to the wheels and rims the edges of each wheel. A fine example of utilitarian efficiency and simple design. Wash, rinse, repeat, then go for a spin!

Interior
The two tone interior provides a nice compliment to the snappy exterior, and presents in bronze and white vinyl panels for the doors and tuck and roll insert seating. Both door panels and seats (a split bench for the front and a full bench for the back) are presenting freshly washed and very clean. Bronze is reserved for the inserts which show some tuck and roll, and the bolsters are in white and bordered all around by bronze piping. Simple but effective. Fronting all this bronze and white menagerie is a very simple white painted metal dash. It has molded within it a short steering column, a central single round gauge cluster, a few knobs and switches, and invisible radio within a horizontal ribbed aluminum highlight front panels and below a few aftermarket gauges. Surfaces of all this dash and steering wheel are somewhat faded show wear, and have some paint chipping off. Bronze carpeting is on the floors and a white headliner, fairly tight, hangs above. “ I'm gonna wash that Nash right out of my hair….”

Drivetrain
Keeping with the simplicity design, under the hood allows us to seamlessly transition to the next cycle, and we note a 195ci inline 6-cylinder engine topped by a 1-barrel carburetor. On back is a Borg-Warner Flash-O-Matic (gotta luv these 60's tranny names) 3-speed automatic. The rear axle is a 3.31 ratio. All ready for another load of you and your friends to hop in and have some fun. Previously noted this engine was completely rebuilt in 2015.

Undercarriage
Some surface rust and patina are noted on the steel parts below, but all is unremarkable as to any structural instability. Front suspension which is independent has a set of drum brakes for stoppers, and on back leaf springs and more drum brakes are seen. A refreshed fuel tank is now on, and we are ready to go into the hot cycle and a test ride!

Drive-Ability
She fired right up and took the full load of my foot to the accelerator and we were off to the test track. Here it handled surprisingly well with that large steel body overhanging the smaller tires, had snappy acceleration, and solid braking on the panic stop test. All functions were working beautifully and all I had to do was add a little gas for this test drive cycle.

The conglomerate of Nash Kelvinator/AMC was not only producing products for your home, but also cars, and these examples are somewhat rare to see today. This is a fine example all buttoned up, and problems ironed out, now looking a bit more modern, although retaining its mid-century design charm. If you are interested, I would get here sooner rather than later, as others may see this as a more pressing opportunity to own an interesting classic and get through the cycle prior to your arrival.