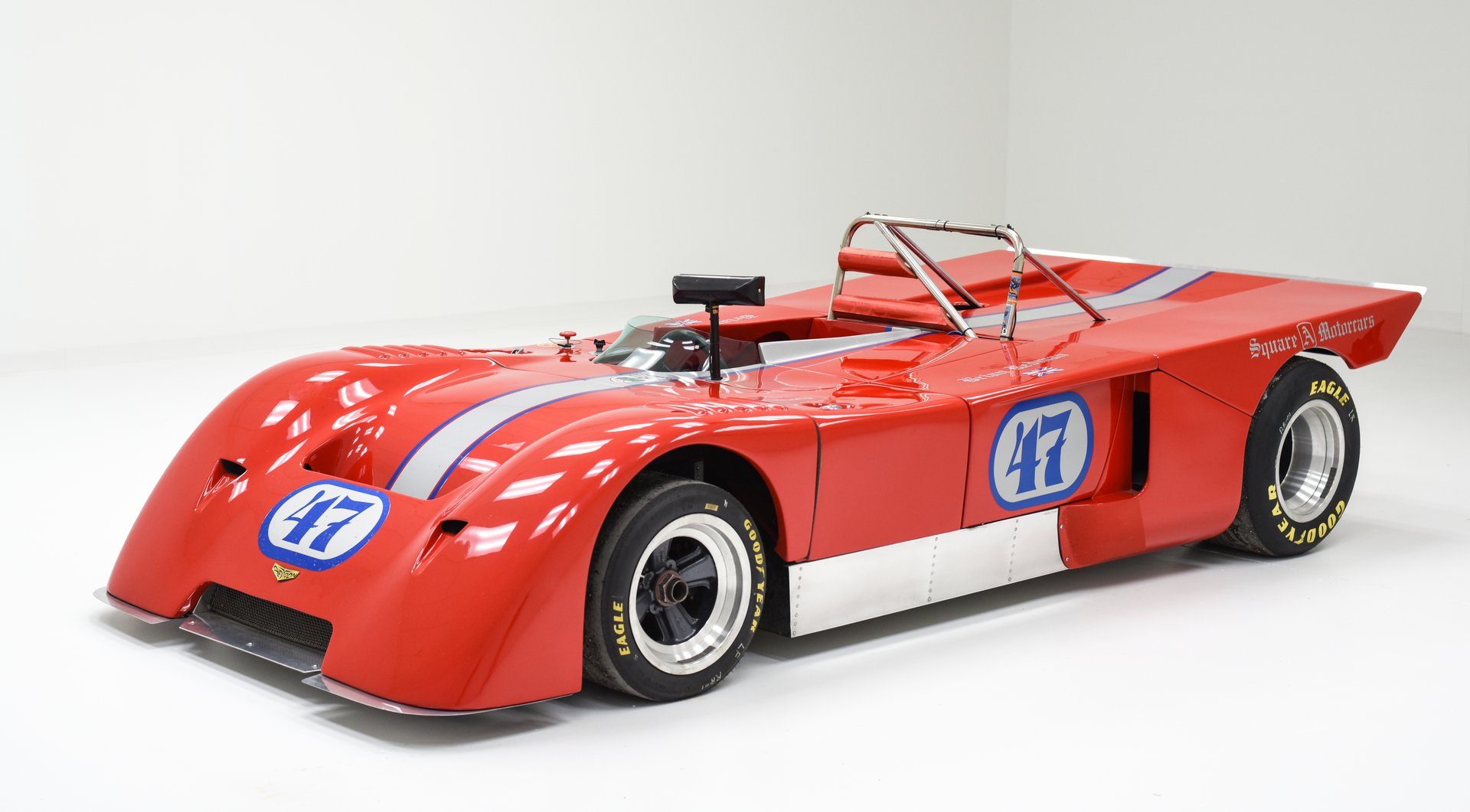 In the early 1980s, well-known professional driver, Brian Redman, was driving in vintage races for George Hurd, owner of Square A Motorcars. However, even with Brian's experience and remarkable talent, the team was struggling to get to the top of the field with the cars that it was campaigning. During a conversation about the struggle, Brian remarked that they needed a different car if they were going to win races. George said, "Then get a car that can win"! Hence the purchase of the #47 Chevron B19 -- and win it did! For nearly two decades, Square A Motorcars and Brian literally dominated its class in the vintage racing scene. Powered by a Cosworth engine of just under 2 liters, the #47 red and silver Chevron out performed many larger displacement racecars at almost every race track. Light and nimble, the B19 was able to overcome any shortage in the horsepower department with phenomenal road holding and quick acceleration.
West Palm Beach's Moroso Park in March 1985 was the first outing for the Square A B19, which qualified on the pole and finished second in its race. Starting from 12th because of missed qualifying sessions, Brian was able to carve through the field and record the first win for the Chevron at Sebring in the second race of 1985. Several wins and podium finishes defined the first season for the Square A team.
Starting the 1986 season, a first-ever event at Charlotte Motor Speedway, saw George Hurd's Chevron take not only a first in class victory, but a first overall finish! Even when Brian Redman was not able to compete because of conflicting commitments, the Square A Chevron was able to score overall/class victories in the hands of the always-quick Bertil Roos.
Competing on a regular basis can take its toll on a racecar's chassis, so in 1999 it was decided to take a year to completely restore the over-achieving warrior. The chassis was stripped down to the last nut and bolt, new aluminum panels were fabricated, and every item was inspected, refurbished, or replaced if necessary.
With a fresh start in 2000, the #47 Chevron B19 continued to rack up an impressive history of class and overall wins and podium finishes for the next four years. In July 2004, fittingly at the Brian Redman International Challenge Race, the Square A B19 retired from racing posting an impressive 2nd in class, 5th overall finish. A brilliant end to an outstanding race record.
Following its retirement, the car has been meticulously cared for and maintained for the past eleven years by Bob Hubbs, George Hurd's mechanic. Started and run on a regular basis, the B19 was, in effect, race-ready at a moment's notice. It has just been serviced by Bob Russo, a very respected restoration specialist and race mechanic.