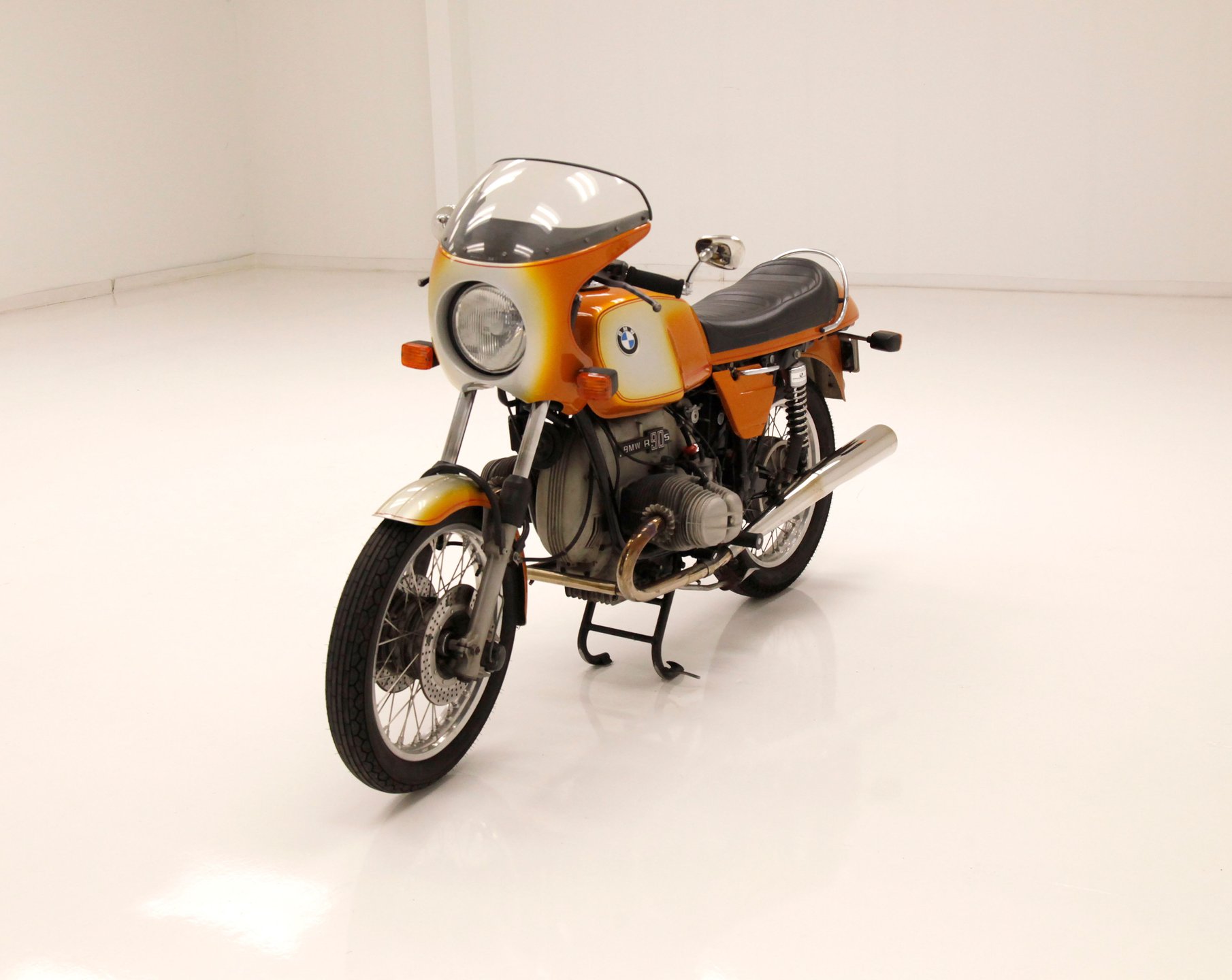 When BMW enlarged its Type 247 "airhead" boxer engine to 898cc in 1974, they offered it in two motorcycles: the touring-focused R90/6 and the more sporting R90S. Though largely similar, there were several distinct differences that set the R90S quite apart from the R90/6.

For consignment, an unmolested 1976 BMW R90S bike. Low production numbers and only in production for 3 years make this a somewhat rare and definitely collectable bike. If not that, you will be the only one within many miles riding one around. Maintenance free electronic ignition now installed, along with stainless steel exhaust and always maintained by a certified BMW cycle mechanic.

Most noticeable were the S's bikini fairing and the rounded, aerodynamic tailpiece behind the seat that featured a BMW roundel logo. For this 1976 model year, an even more spectacular two-tone treatment is on draped with Daytona Orange, which includes a sunburst pattern on the tank and red pin striping all around. The finish was the sort of "look at me" design that marked an even bigger step outside of BMW's regular territory. Beyond the paint job, the bodywork--from the small fairing to the cowl-like piece behind the seat--was admired and copied throughout the industry in the coming years by everyone from Suzuki to Harley-Davidson.

This R90S has a pair of rotors on the front axle. These rotors get the cross-drilled treatment for better performance in the wet. We also see an installed and adjustable steering damper mounted in the head stock to cope with the additional horsepower. The rider can adjust the tension of the damper with a knob mounted just above the head stock. This damper will help to prevent high-speed head shake, and will prove valuable when it came time to race it up!

BMW's foray into the world of Superbike came about when the U.S. importer, Butler & Smith, decided to enter their top machine in the new national series that the AMA debuted for the 1976 season. Though the R90S was not as powerful as the Japanese competition, German-born and Florida-raised Udo Gietl turned the Beemer into a dominating force that season. The series consisted of only three races and BMW took all three, despite being out-powered by the Japanese entries.

The R90S lasted only three years on the market, gone after 1976 and replaced by the somewhat more sedate and more touring-oriented R100S. Although significantly outsold by the R90/6, the R90S still marks an important and influential motorcycle milestone. All here at Classic Auto Mall and on consignment for the taking of this piece of history.