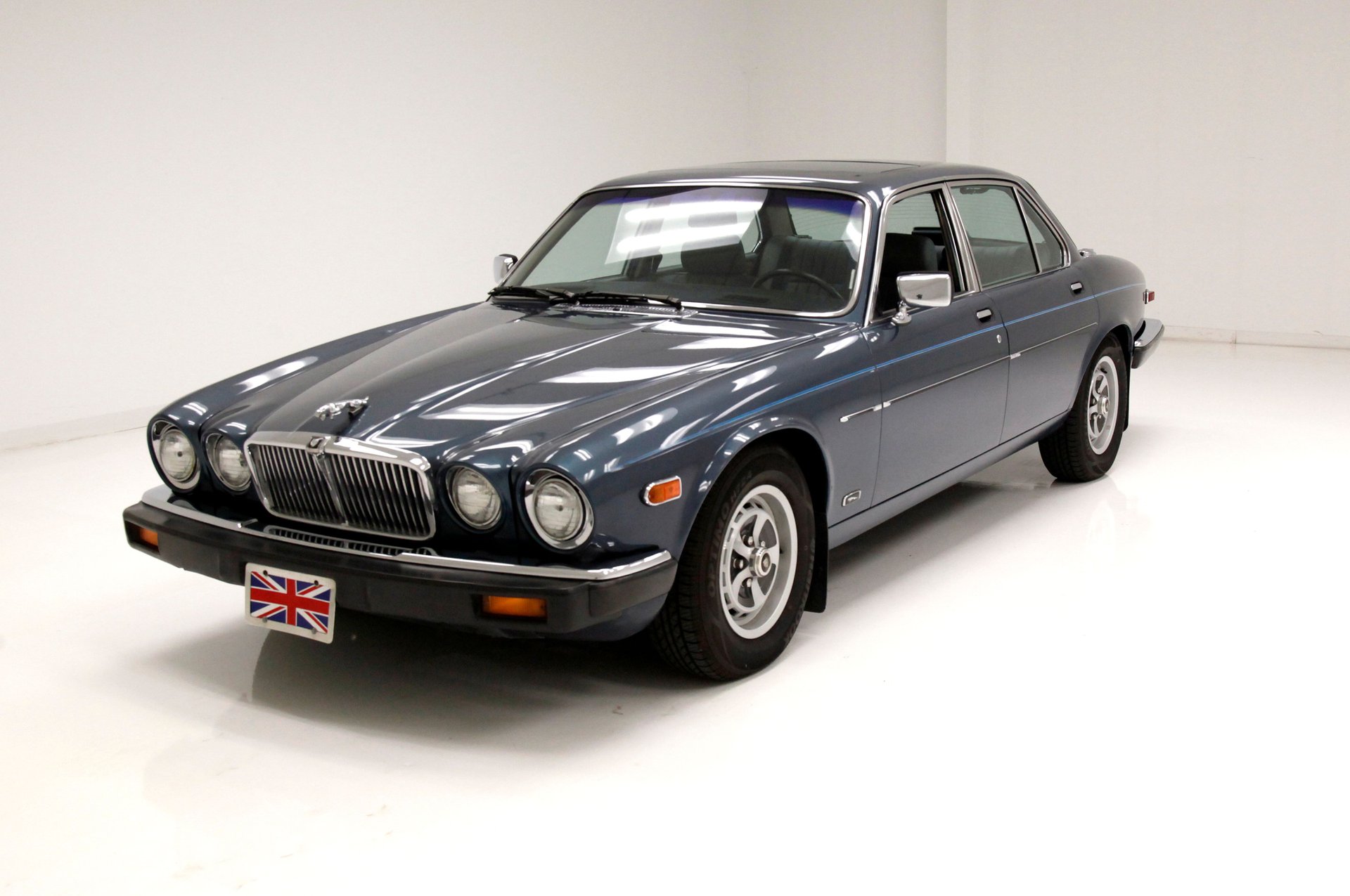 A 21-year-old with an eye for business – William Lyons – joined forces with motorcycle sidecar specialist William Walmsley in 1922 to form the Swift Sidecar & Coach Building Co based in Blackpool, England. Five years later they expanded into cars, producing bodies for the Austin Seven two-seater, followed by a sedan version in 1928 – the same year the company moved to what would become a famous home in Coventry. Its first proper cars were the 1931 SS1 and SS2 – low-bodied, long-bonneted models – and the company changed its name to SS Cars in 1934. An open-seater variant called the SS1 Tourer was the first taste of motorsport, competing in the 1933 Alpine Trial.

For consignment, a Jaguar XJ6 with a shorter wheelbase and 6-cylinder engine. Bathed in beautiful blue, this luxury cruiser was for those who could not afford the upcoming V-12 version but wanted the prestige of owning a Jaguar. A leather appointed interior with some burl to boot, and a 4.2 Liter 6 cylinder, you can still arrive in style, just play it up a bit!

Exterior
Very straight 98 percent rust free steel panels adorn the exterior of this car. They are covered in blue paint which the consigner stated is 98 percent original and is also in very good condition (I cannot tell you the 2 percent!). From its long front swept “bonnet” which is flanked by aerodynamic fenders with dual round headlights on either side, and a centered grille, to its “boot” aerodynamics were always in mind. Plenty of shiny chrome and brite work adorn this car at the bumpers, grille, drip moldings and window surrounds. Even chrome tipped dual exhaust pipes are seen peeking out from under the shiny rear bumper. Brilliant!

Interior
Pop open the doors and you are met with a nice combination of patina wood, straight flat design, and classy, very slightly worn with time leather buckets up front. The center console houses the power window switches, and a petite “T” shift lever reminiscent of the '60's. Also noted are plenty of toggles, and wheeled controls for temperature, fan speeds and air ducting. A couch-like bench seat with 2 distinct seating areas is seen stretching across the spacious back passenger compartment. Headliner is nice and tight, and carpeting to match seats is in good condition. A shout out to the burl dash which is just beautifully preserved with just a few faults. Bob's your uncle!

Drivetrain
A 4.2 Liter DOHC Inline 6 sits comfortably in the nicely presenting engine bay. It is fed a fuel and air mixture Lucas/Bosch L Jetronic EFI. Attached to the back of this engine, is a BW-66 3-speed automatic transmission that shifts smoothly. The rear axle shows in 2.88 gear configuration.

Undercarriage
Clean, rust free, and sturdy, and covered in an undercoat, no signs of any invasive rust here. Power disc brakes for all 4 corners, as well as independent coil springs all around.

Drive-Ability
Popping in it fired right up and on the test track it performed well. I noticed the radio is inoperable, A/C is not working, and the power antenna does not go up and down.

A taste of luxury and Jaguar power, this classic saloon starts quickly, shifts smoothly, and puts on a nice showing dressed in its “cracking” (not cracked!) blue with nice chrome. Interior has creature comforts, and a nicely preserved wood dash panel with plenty of gauges and toggle switches. Early British luxury with a very smooth ride.