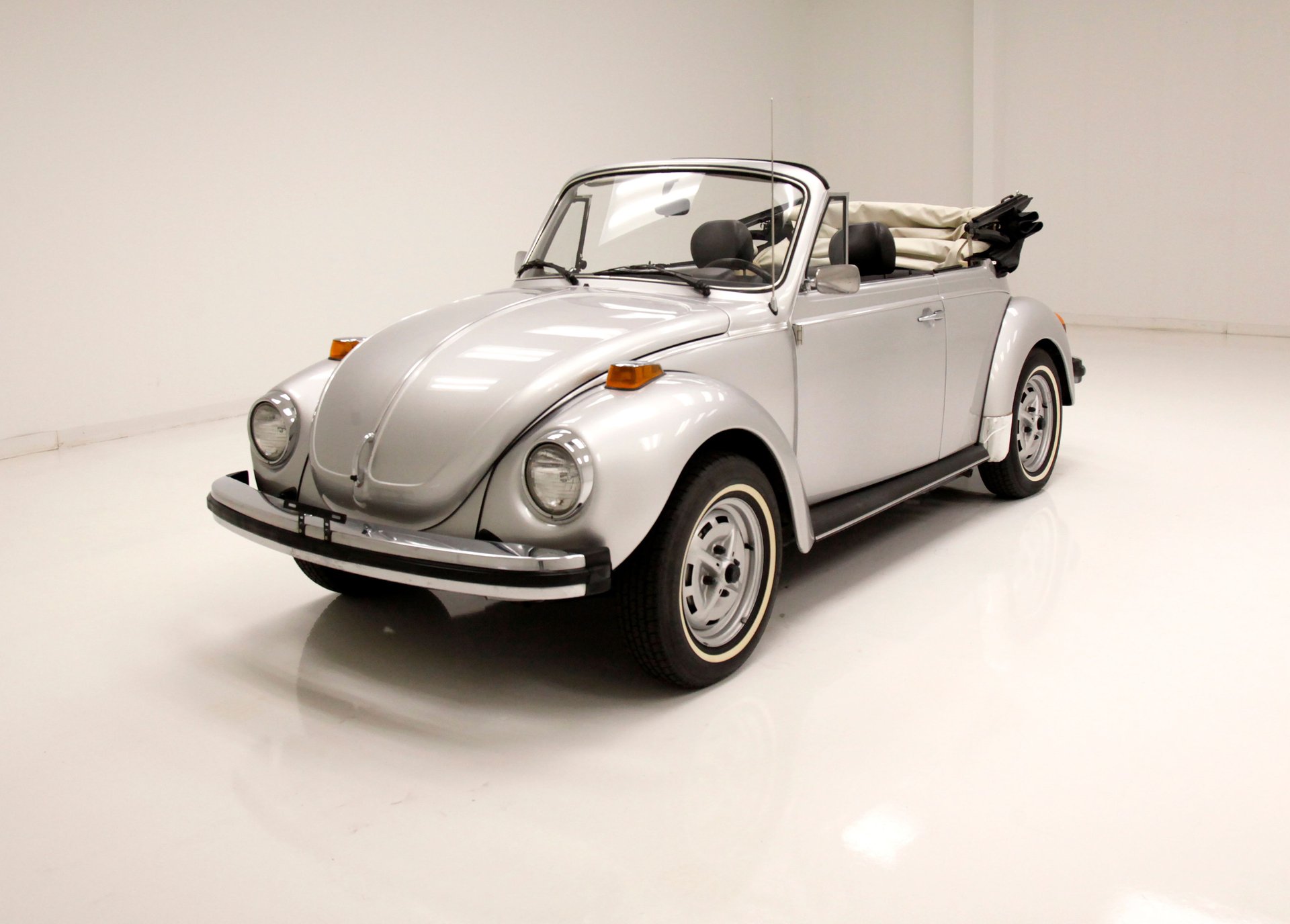 Hippie, also spelled hippy, member, during the 1960s and 1970s, of a countercultural movement that rejected the morals of mainstream American life. The movement originated on college campuses in the United States, although it spread to other countries, including Canada and Britain. The name derived from “hip,” a term applied to the Beats of the 1950s, such as Allen Ginsberg and Jack Kerouac, who were generally considered to be the precursors of hippies. Although the movement arose in part as opposition to U.S. involvement in the Vietnam War (1955–75), hippies were often not directly engaged in politics, as opposed to their activist counterparts known as “Yippies” (Youth International Party).

For consignment, a 3 owner VW convertible from 1979. The original owner held on to the car from new to 2010, then sold it with 20K original miles on it to the second owner, who in turn sold it to our current consigner and the car now has 54,207 original miles. It also has consignor stated original paint, original top, and the numbers matching engine which in 1979 was the last year for the German produced air cooled version.

Exterior
Our last year before the hiatus of the iconic Beetle which would come back with similar traits but never like the classic. Remaining mostly the same from the original design, save for the full rear glass, and elephant footprint taillights, it may taint its curved design, curved side fenders and even mini running boards. This example is bathed in consignor stated original Diamond Silver Metallic, and it is presenting very nicely. Gaps are good so you could most likely drive it into a lake and it will still float. Nice chrome trimmings all around, and a well padded convertible top in black canvas on top. Steel VW wheels with no coverings are on all 4 corners, and are wrapped by thin white sidewall rubber on all 4 corners.

Interior
All black, all vinyl, and all nice from door panels to seats, the black is beautifully preserved with no marks or tears, just good padded buckets upfront, and a bench in back. Black carpet covers the floors underneath and look to the front and we have the black padded dash with its single bump up where the gauge cluster is housed. Just below is a strip of burl appliqué where the clock, and various toggles as well as the radio is housed. Keep it simple because it works, for 50 plus years!

Drivetrain
Underneath the rear lid, is an air cooled 1.6-liter 4-cylinder engine which has a fresh tune up, as well as the once over by an air-cooled specialist. This engine has EFI, and a 4-speed transmission on the back which is manual. and a 3.875 rear axle.

Undercarriage
Slight surface rust, and nicely patina for this undercarriage. Solid floorpans and rockers, and 4-wheel disc brakes. Suspension is McPherson struts upfront, and a semi trailing arm with a torsion bar on the rear.

Drive-Ability
A quick starter, and off to the test track where it handled well, had good strong acceleration, moved through the gears smoothly, and exhibited straight bias free panic stopping. All functions were working well, and the top goes up and down smoothly, albeit manually.

If you have the bug for a bug, then this classic deserves a look. Low miles, original paint and interior, and a German manufactured air-cooled engine, it does not get any more classic than this!