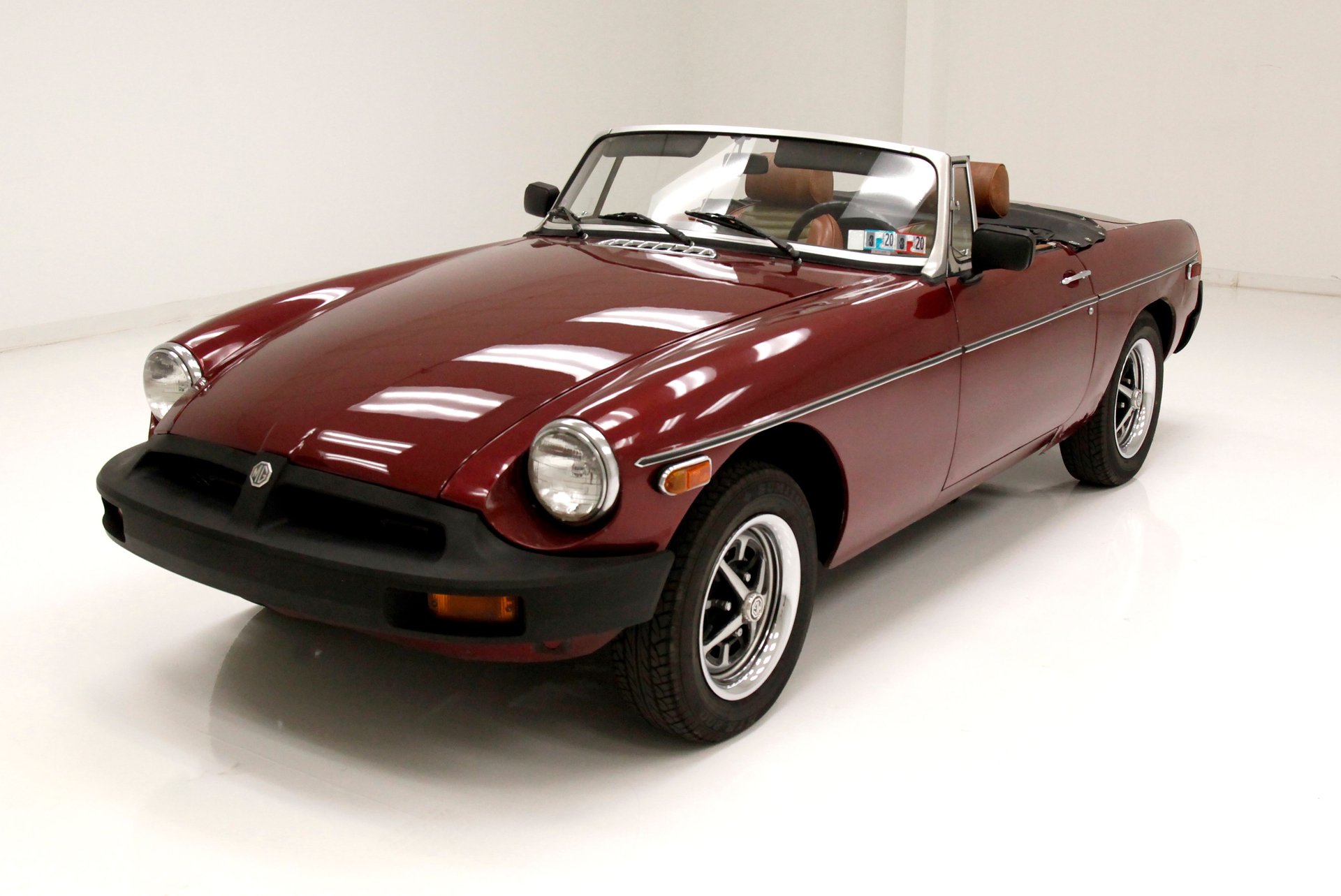 The MGB is a two-door sports car manufactured and marketed from 1962 until 1980 by the British Motor Corporation (BMC), later the Austin-Morris division of British Leyland, as a four-cylinder, soft-top sports car. It was announced and its details first published on 19 September 1962. Replacing the MGA in 1962, production of the MGB and its variants continued until 1980.

Starting out life as a barn find, this car underwent a complete restoration beginning in 2008. Here it had a total motor rebuild, rebuilt front suspension, tube shocks put on the rear, a 5-speed transmission conversion installed, as well as many other new parts. This restoration lasted 10 years, when our current consigner came along and purchased the car to finish it off per se. New tube shocks in the rear, front Armstrong shocks, brake calipers and pads, new brake booster and master cylinder, and trunk rust was remediated and repainted. Always serviced by knowledgeable mechanics, and garage kept, we now have a spit spot example of the 1975 MGB Roadster. I can see the checkered flag now!

Exterior
1975 brought on the full force of the crash bumpers and this car sports them in front and back, all black and ready for impact. Steel panels are bathed in nice maroon paint which has some scratches, rust bubbles, and an invasive rust area on the driver's rear rocker at the wheel well. The passenger front fender has seen some repairs too and presents as a bit wavy. Chrome trimmings are good and shiny, and some rubber surrounds around the windshield show slight dry rot. The top one this car is tight, and rear windows are clear, although the rear passenger window is ripped out of its seam. MG rally style wheels are on all 4 corners and show up in 5 spoke form.

Interior
A swing of the doors and we have Autumn Leaf Brown vinyl for the door panels. This is showing a bit wrinkled and is peppered with black knobs and pulls and speakers. The buckets are a two-tone Autumn Leaf bolsters, and a darker cream tuck and roll inserts that have a slight green tint. The original dash is upfront and some of the lower covering for the pad is slightly wrinkled. Overall, though very clean and no rust on the bezels. A nice center console in black with a toggle panel, cupholders and the shift lever. Black carpet covers the floors, and nice embroidered mats cover the carpet. A peek into the trunk and it has been completely redone and shows no rust here.

Drivetrain
Popping the bonnet, a red painted block 1800cc 4 popper is newly tucked into the clean engine bay. Some polishing for the valve cover and chroming on the air cleaner for the 2-barrel Weber carburetor. A newer 5-speed manual transmission is now on with that converter added. Way back a 3.90 rear is on. New electrics wind their way through the engine bay as well.

Undercarriage
Nice clean and surface rust free underneath with that sparkling new suspension and brakes. Some invasive rust is seen on the passenger toe kick area where it meets the rocker. Also, on the passenger rocker is the invasive rust seen from the exterior. Independent coil springs and leaf springs make up the suspension and front disc brakes and rear drums are on.

Drive-Ability
I squeezed in and was off to the races in a flash after a quick start and short warmup. Here it performed nicely, handled well with that new suspension, and was an overall comfortable drive.

After two restorations she's just fine on the mechanical and suspension front, the interior looks great, and it runs nicely. Just a few spots of some rust remediation to make her just perfect or drive it away and enjoy it. It also comes with a brand new softtop. Chip Chip Cheerio!

Offered at $25,900
view inventory
Thank you for your interest! We'll get back to you soon!
Speed Digital