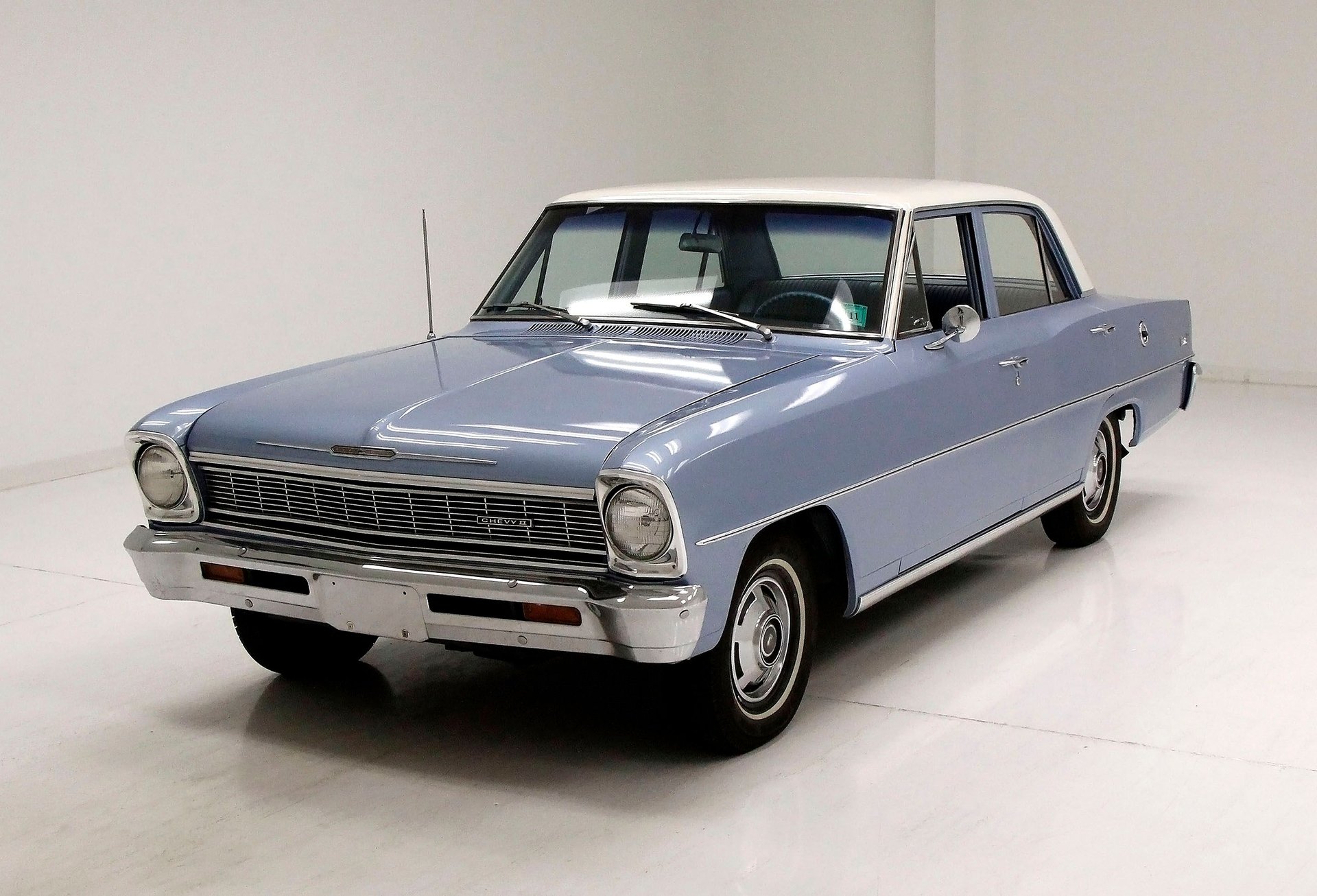 Chevrolet designer Clare MacKichan recalled about creating the Chevy II: "There was no time for experimentation or doodling around with new ideas from either the engineers or from us in design; and it had to be a basic-type car." "I think that was the quickest program we ever did at any time," he continued. "We worked night and day on that car, and it didn't take very long to run it through our shop because we had a deadline." And that's what made the Chevy II one of the fastest new-car development programs in GM history – just 18 months after the designers got the green light, the first production Chevy II rolled off the Willow Run, Michigan, assembly line in August 1961, in time for its September 29 introduction. Unlike the Corvair, the 1962 Chevy II was deliberately never intended to be revolutionary in concept or execution; its mission was to give Chevrolet buyers a simple, back-to-the-basics compact car. When he announced the Chevy II to the press, Chevrolet General Manager Ed Cole described the car as offering "maximum functionalism with thrift."

Minimalistic with maximum function, thrift, not revolutionary in concept or execution, a compact grocery getter, pick the kids up kinda car, here in our hallowed halls. It is so pedestrian you would walk by it and never notice it. However, this does not detract from its charm, and important place in Chevrolet history fulfilling a need for the masses. Enjoy the 1966 Chevy II sedan!

Exterior
With a respray in the factory colors of Mist Blue with an Ermine White roof, we see a few areas of slight rust where the trim meets the body. There is an area of chipping on the driver's door side just below the handle. Paint is in overall good condition as is the chrome badging and trim work. Standard wheels for this simple but elegantly functional design car from the mid 1960's.

Interior
With an original rear seat in nice blue and white with shades of blue stripes we are given a glimpse into the originality of the factory seating design and setup. The front bench has been recovered with cloth and shows a slightly darker vinyl bolster. These benches float in a sea of dark blue carpet with some staining and fading in front and a large rubber mat stretching from door to door is in the back of this car. The all original dash very clean and very simple has the original steering wheel in front of it. The trunk has its original speckle paint with a rubber mat in the center supporting the spare tire and original jack.

Drivetrain
A little dust and some paint chipping but an original engine and engine bay. The engine takes the form of a 194ci Inline 6-cylinder topped by a 1-barrel carburetor and has a 2-speed Powerglide transmission on the rear. A 10-bolt rear axle is seen.

Undercarriage
Some minor surface rust is noted mostly where the unibody meets the frame. The frame is rust free, and structurally sound. Lots of patina surfaces are seen underneath. Independent coil springs suspension is on the front, and leaf springs are bringing up the rear. Drum brakes are all around.

Drive-Ability
Out test driver called this stodgy in appearance, but said it was a pleasure to drive, as it started quickly, drove great, all options worked flawlessly and was an overall tight car to drive. Definitely an A on the report card

Certainly not perfect but representative of a meet the need of the public kind of car. American families were growing, and the 1 car household was disappearing with mother needing to get out and have some time to do other things. This car fit the bill perfectly, affordable, and this particular car remains very nicely preserved, and a fine operator.