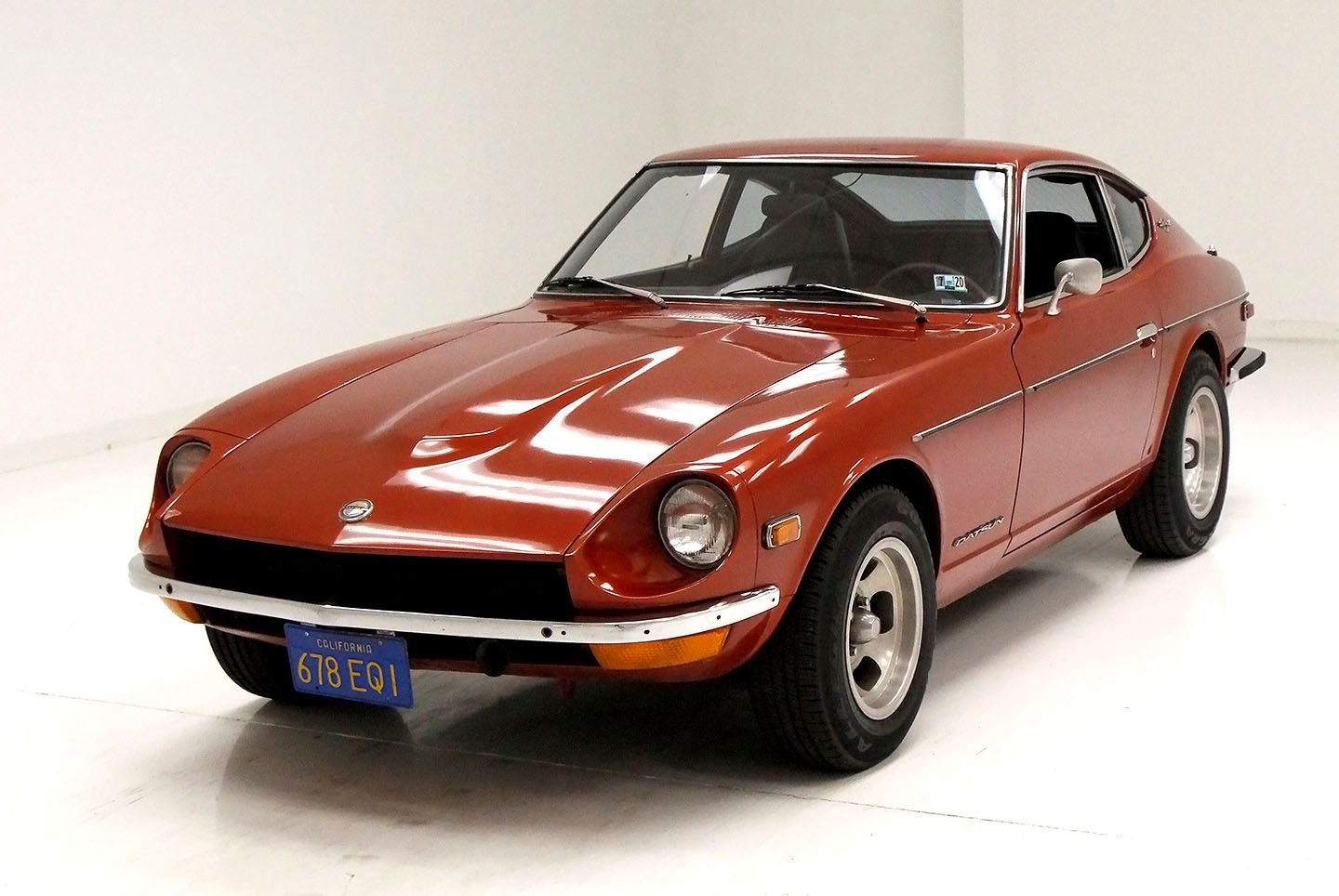 Let's get into the way back machine Peabody, and head to 1971 when Nissan was Datsun, and the company was killing it with their 240Z, which happens to be the car up for consignment. Some rust areas, a few interior faults, but drivability is there, all wrapped up in the first generation 240Z.

Exterior
With gaps that remain consistent, we note several rust areas of concern throughout the exterior. Though small and contained, they are present, and starting to make some noise! Badging is original and has some peeling of the finish going on. Its 1971 and all the crash bumpers, and emissions have yet to hit the car market hard, so this car benefits from that to have nice chrome simple bumpers, and a great body line. 14” Mag style wheels are on all 4 corners, and the car remains mostly original to boot.

Interior
Again, the word original crops up with cloth insets and vinyl bolsters all in black and bucket forms. Some stitching has come loose on the driver's seat, as well as the passenger has started to split on the back insert. Dash is original as is steering wheel, inset gauges are in the center, and an aftermarket AM/FM/Cassette player replaces the original. Rear cargo area is covered in nice black carpet, headliner is tight, and door panels are good.

Drivetrain
An original unrestored 2.4 Liter Inline 6-cylinder graces the engine bay. On the side are dual Hitachi HJG 46 W 44mm SU type carburetors, and out back is a 4-speed manual transmission attached. A 3.36 posi rear sums up the drivetrain.

Undercarriage
Surface rust abounds although is not seen as invasive. Some oil blowback is seen on the transmission and rear gear housing areas on the undercarriage. A few bushings are dry rotted, as is weatherstripping on the topside in some areas.

A bit of TLC will be needed on this car, but it is a mechanically sound runner, and an early example of the beginnings of the so called “Japanese Invasion”. We give you the Datsun 240Z. Zat's all folks!