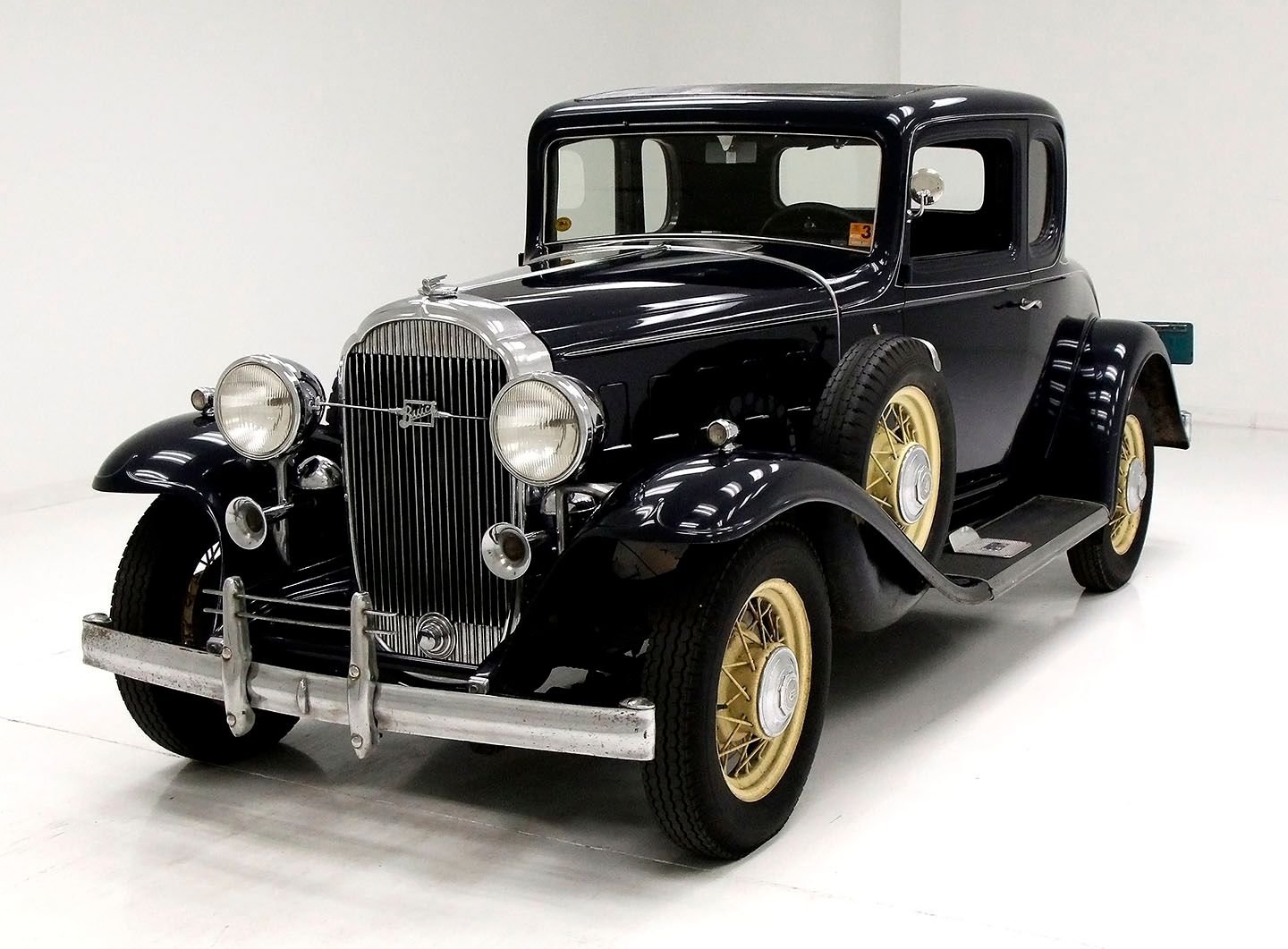 David Buick, who invented the overhead valve engine, founded the Buick Motor Car Co. in 1903. William C. Durant, the industrialist who would eventually found GM, took over the company in 1904, after it ran into financial trouble. Buick stayed on as a director but left in 1908, never making much money from the enterprise. He died in 1929, reportedly unable to afford one of his cars. Durant kept the name for one of his company divisions and for the car, even though he worried that people might pronounce it 'Boo-ick', according to one author. Strangely enough, the man who practically created General Motors singlehandedly never really liked the idea of a 'Durant' car.

For consignment a small prewar gem if you will in the form of a Buick 66S. Only 1,678 were built that year, and this one maintains its original beauty. Consigner states that this car is an original 37,700 mile car with the previous owner owning it for 50 years and only putting 1,500 miles on it during that time. It has received the Historic Preservation award at the 2015 Hershey Concours Show.

Exterior
While it wears an older respray in Blue, which covers the original Cadet Gray, it still maintains a fair shine, and shows faults overall in the form of scratches, chips and a pattern of dimpling all around. White pin striping adds accent to the blue and snakes its way around the upper door line and the windows. A nicely preserved patina chrome grille with Buick badging is flanked by 2 large headlights which shine brightly so this car can be actually driven at night. Dual chromed horns stick out below the headlights, and a chromed bumper with some dulling and corroding swoops across the bottom. Overall chrome is in fair condition. Fenders are straight metal with gracefully curving lines and are held together by a running board, complete with metal step plate. Yellow steel spoked wheels are wrapped by new Continental tires on all 4 corners, and some old tires as spares, nestle into both sides of the front fenders. A rumble seat flips up in the former trunk space, but fear not, there is still room for your mother in law and your golf clubs, as a small door on the passenger's side reveals space for said clubs .

Interior
Original blue velour material covers a tuck and roll buttoned bench seat, as well as the door panels. This presents in well-worn condition but has no tears. Up above the original headliner also in blue is tight but has some moth damage with areas of the “fuzz” going away. Up front a black Art Deco inspired dash in black paint, has some chromed embellishments, and 2 wood panels which have peeling finish on a diamond pattern wood veneer. Noted is all gauges, lighting in gauges, and dome light, and the clock still work flawlessly. The original un-cracked steering wheel fronts the dash. Old rubber flooring with some tears, and plenty of dirt and wear is on the floors. The rumble seat was recovered in tan vinyl several years ago but is holding up well.

Drivetrain
The 273ci straight 8-cylinder engine is holding up well, and over time has had some earlier restoration on the cosmetic side. A newly rebuilt 2-barrel carburetor in the form of a Buick Marvel Carb, sits atop the long 8, and a 3-speed manual transmission is in back.

Undercarriage
A drive to go up on our lift reveals plenty of rust-free surfaces, black straight steel, and some peeling black paint particularly near the wheel wells…however, no rust. Front I beam suspension and rear leaf spring suspension is seen, and this car has adjustable ride control that works! Mechanical drum brakes are all around.

Drive-Ability
A quick starter, and smooth shifter as we tooled around the massive Classic Auto Mall Lot. Car handled well, drove fairly smooth, and was overall a fun drive. If we had the time, we believe this car would cruise on the highway just swimmingly.

Overall a mostly original car with an older respray, showing some age, but a consigner stated low mileage 37,700 miles, and many retained parts, it runs as well as expected. Throw in the clubs, kick your mother-in-law out of the back rumble seat, and go for a “drive”.