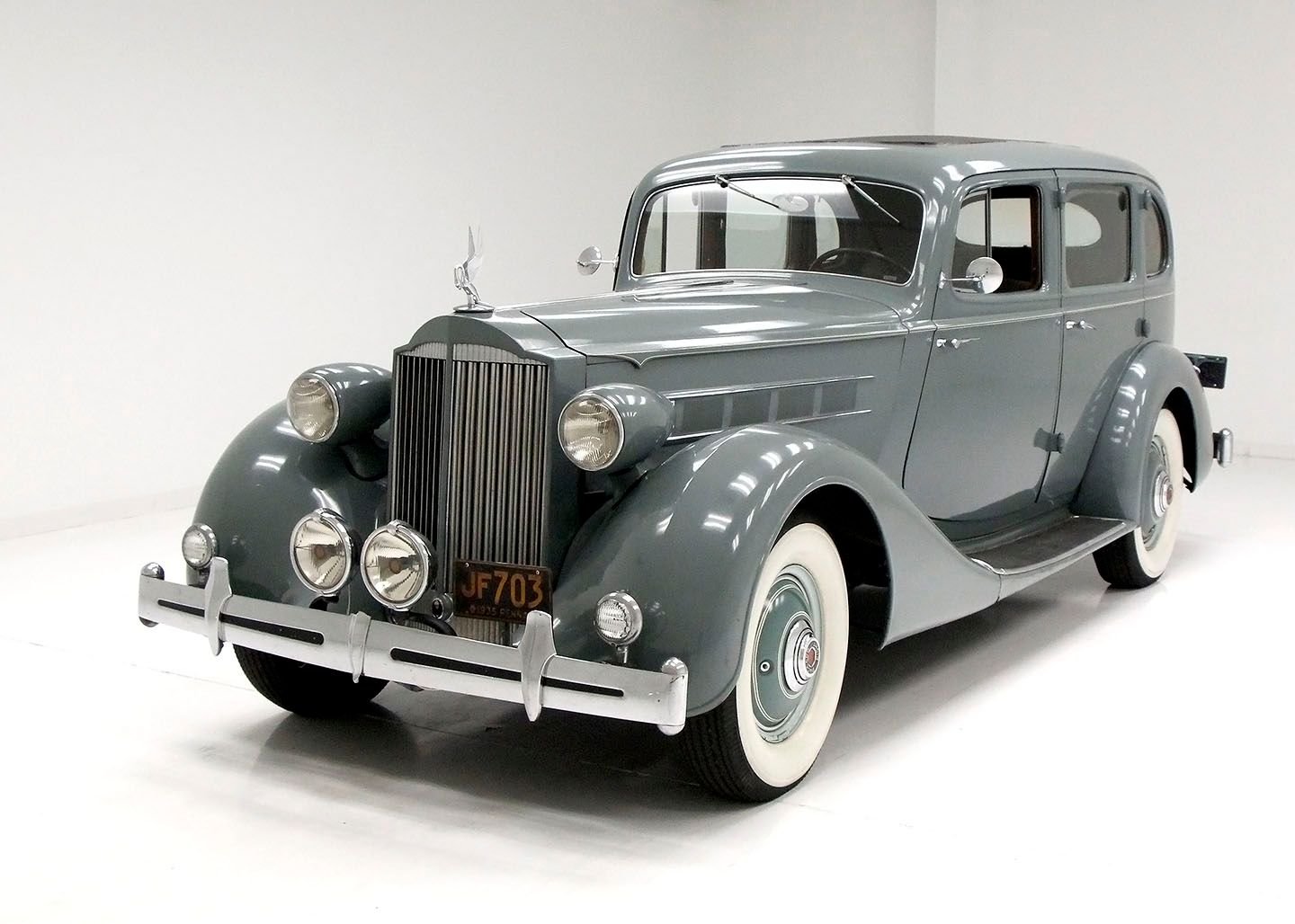 During the 20's and 30's Packard was THE leading luxury car manufacturer in the US. Known for their over engineering and mostly hand built construction, they were rugged, luxurious and beautifully detailed cars. During the depression to stay afloat, they were forced to produce a “downmarket car” to compete with the big 3. In 1935 they introduced the 120 series which allowed them to continue to stay afloat, as well as enable them to continue producing the elegant cars that became known as the “Senior” series.

Originally owned by wealthy farmers from Arkansas, this Senior Series car has spent its life in the non-snowy, free of road salt environment in the south. It can be traced back through time to yield it has had 4 owners in its life, some of them spending serious money to keep it in shape. The car currently is not perfect, but a well working example of the 1200 series with no rust on the body, and looking visually, much like it originally did when it was driven out of the dealership on September 9th, 1935.

Exterior
With its exterior bathed in a warm Gunmetal Gray this car maintains its dapper lines, sleek fenders, and swooping rear. Upfront bullet headlights, as well as two large fog lights perched on the bumper, guide your way in any weather. Behind we see a massive vertical ribbed chromed grille topped by a near perfect swan in courtship hood ornament. Paint shows a dulling patina, and on the roof are some areas of concern in the form of peeling paint, and crazing. Chrome on the exterior overall is in good condition with no dimpling but some early signs of dulling or rust and could use replacing. Windows show some de-laminating and yellowing. The driver's rear fender is noted as having a few drip marks from gas filling. Overall gaps are well minded, and a beautiful set of body matching steel and chrome capped wheels wrapped in wide whites are seen on all fours.

Interior
A mixture of restored and unrestored would best sum up the interior. Starting in front at the dash, it is in nice condition. A wood burl veneer background houses a large centered oval shaped instrument cluster with wonderful cream gauges that create a geometric amalgamation of circles and ovals. A pristine steering wheel juts out from the dash and has a shine to beat the band. Seats have been re-covered all be it a while ago as they have a few rips and tears, and the rear bench back appears original. Seat belts have been added. Door panels show wear, some pulling away for the frames, and have several scuffs on them. Headliner is original and appears to have had water damage at one time, although remains tight. Carpets are worn through in some areas, but remain clean.

Drivetrain
Beautifully designed, smooth, powerful, and rugged are just a few words to describe this recently completely restored engine, which was literally all apart, and restored to near perfection mechanically. It is a straight 8-cylinder version engine, and visually is very nicely done.

Undercarriage
Slight surface rust on a few areas is noted, but mostly unremarkable. Frame is solid, and underside of engine and transmission is buttoned up. Under running boards are clear, as are the supports for them. Lower interior door panels show some rusting.

Overall a nice example, certainly very well running as a recent engine and transmission overhaul, noted. Straight and true steel, unharmed by northern weather, nice overall patina which can only come with a well-aged, well-kept car. A few areas of some work to make it perfect, but certainly far from a major project car. Owning a piece of automotive history is well within reach, as it is priced correctly, and has good heritage to boot!

Offered at $9,000
view inventory
Thank you for your interest! We'll get back to you soon!
Speed Digital