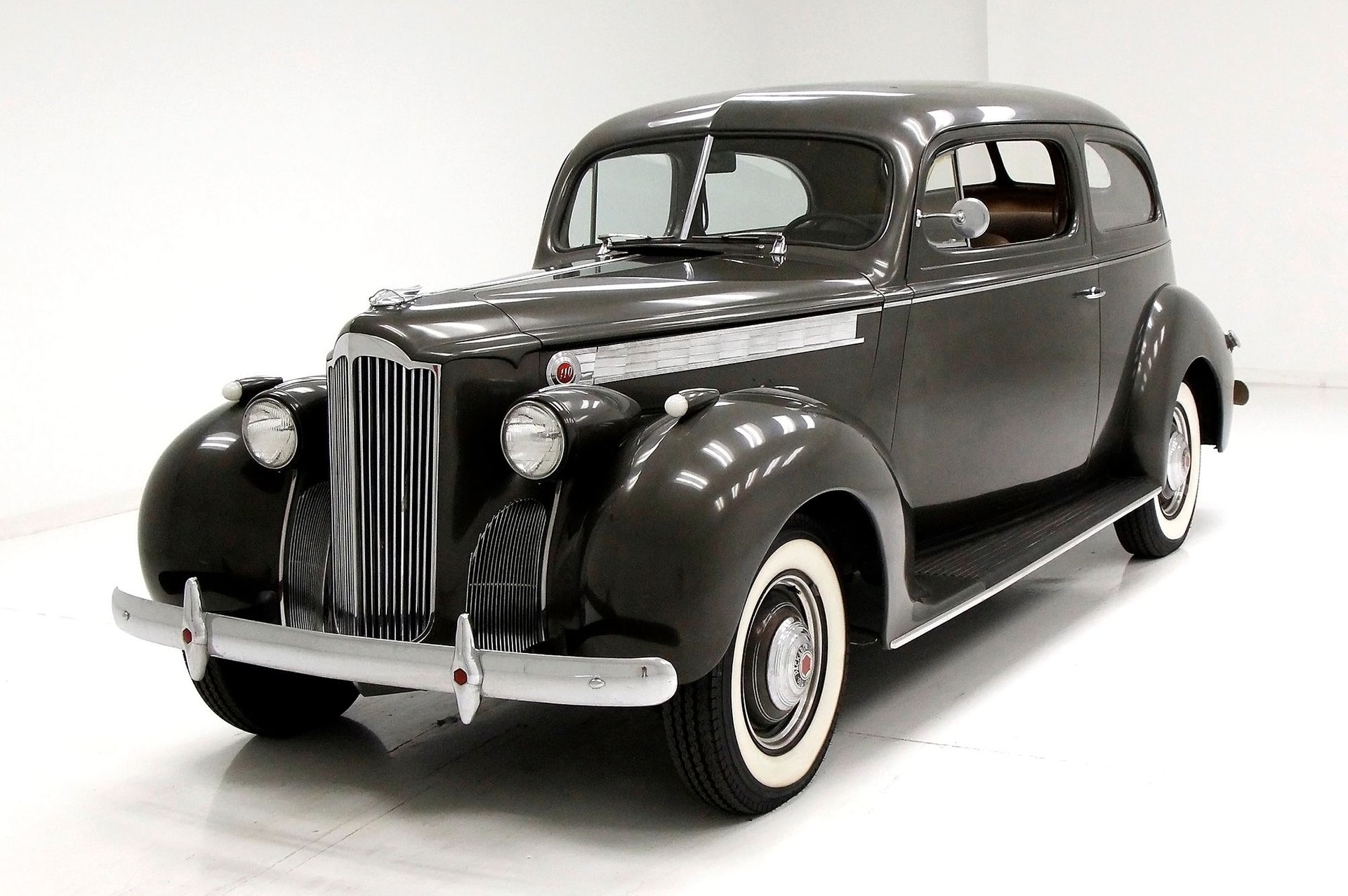 Mechanical engineer James Ward Packard and his brother, William Dowd Packard, built their first automobile, a buggy-type vehicle with a single cylinder engine, in Warren, Ohio in 1899. The Packard Motor Car Company earned fame early on for a four-cylinder aluminum speedster called the “Gray Wolf,” released in 1904. It became one of the first American racing cars to be available for sale to the general public. With the 1916 release of the Twin Six, with its revolutionary V12 engine, Packard established itself as the country's leading luxury-car manufacturer. World War I saw Packard convert to war production earlier than most companies, and the Twin Six was adapted into the Liberty Aircraft engine, by far the most important single output of America's wartime industry.

Shown in the attached photos is a fair to good condition 1940 Packard Two-Door. With plenty of patina in the paint, some dimpling and early signs of rust on the chrome, an unrestored engine, it is certainly not perfect, but overall a nice piece of automotive history that can literally be driven right off the property here at Classic Auto Mall. Let the ideas begin to flow!

Exterior
Graphite Gray with some dulling but no rust, certainly several areas of chipping off of the respray, and scratching, particularly on the fenders, shows on steel exterior panels that are straight. Trim, brite work and bumpers show dimpling, but retain their shine. Nicely preserved hood cowling chromed vents are noted on either side of the hood. One has to love the simplistic design of this low-end offering model, which arrived at the right time for Packard due to the recession, and some avoidance to spend lots of money on luxury cars, which Packard had plenty of. This car allowed them to sell to a broader appeal of the market but may actually have hurt their reputation in the long run. Neat Art Deco Styling with lots of ribbing on chromed surfaces, bullet style turn signal lamps mounted atop the fenders, gracefully curving fenders, and a large tail vertical ribbed grille make this distinctively a Packard, however a profile view certainly has shades of the humpback.

Interior
Plenty of Doeskin colored cloth tweed covers the seats, and door panels. Seats show areas of wear, and some staining, and a tear of two near the hinge for the back of the seats. The rear bench is very nicely done with upholstered arms, inlaid ashtrays, and some stitching, and presents very clean. The headliner looks to be the original mohair, and is in good stain free condition, hanging in there tight. The highlight of the interior is the brown sycamore wood with all the horizontal ribbed polished trim, with nice warm brown gauges set within. The interior also has a heater, controlled by a bakelite box and knob. The steering wheel appears original with little wear, and a Packard badged horn button. The floor is a sea of brown carpeting and is very clean and covered with rubber mats for extra protection.

Undercarriage
The sturdy X frame underneath has a few areas of surface rust, and water drops that have dried on the black surfaces but is mostly unremarkable. The bottom of the inside of the doors have a slight bit of invasive rust, however it is not too late to remediate this fairly easily.

A good driver, paint that is near the end of its functional life, mechanically sound as per our test drive, and few faults throughout, but all in all a good car. An entry level Packard, that can be driven or restored.

Offered at $29,900
view inventory
Thank you for your interest! We'll get back to you soon!
Speed Digital