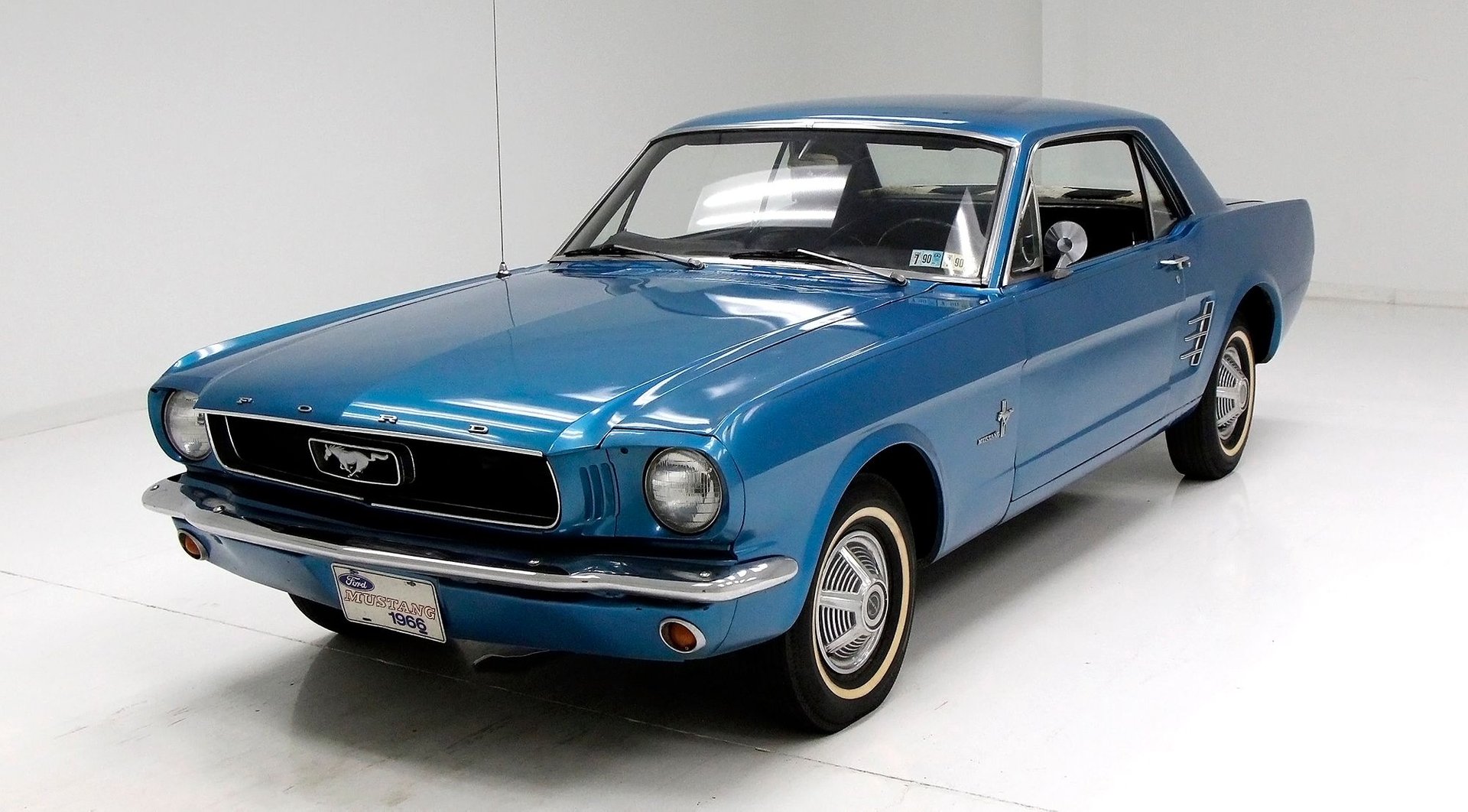 The Mustang name, of course, was born with this car, allegedly because aviation enthusiast and Ford Executive Stylist John Najjar Ferzely felt the car resembled a P-51 Mustang airplane. An alternate name-origin story suggests that designer Philip Clark came up with it in reference to the wild horses he saw on a cross-country trip. The horse angle, as opposed to the plane angle, is the one that stuck in the end.

For consignment a consigner stated “running project car” meaning it needs someone who can give it some TLC and bring it back to snuff, or just get in and turn the key and use it as is.

Exterior
Back in 1991 this local car was purchased by our current consigner and received a fresh coat of blue paint. There are some inclusions, areas of wear, scratches dings and dents, and it appears as though the rockers were attempted to be repaired but have since developed invasive rust. Chrome is dulled, pitted, and shows some rusting. Standard Mustang wheel covers are seen on all 4 corners.

Interior
It will need some work in here with torn vinyl inserts on the driver's seat, carpeting torn and worn near the center console, yellowed trim around the gauge cluster, and a custom aftermarket radio trimmed in with some shag carpeting. A Hurst shifter presents in the console, and the padded dash has warped with some distortion over the glovebox and has cracking as well. Door panels have vinyl coverings that show some sagging and plenty of play in them, with slight tears.

Undercarriage
Plenty of surface rust and invasive rust which is causing some structural problems particularly on the rear suspension mounts. Floorpans have holes in them from invasive rust as do tubs in all wheel wells. It also appears that some black paint or tar has been applied to the areas of the undercarriage, however it only covered the problem.

It runs, it needs work, and it is a 1966 version of the venerable Mustang. Pick it up for a song and start the restoration.