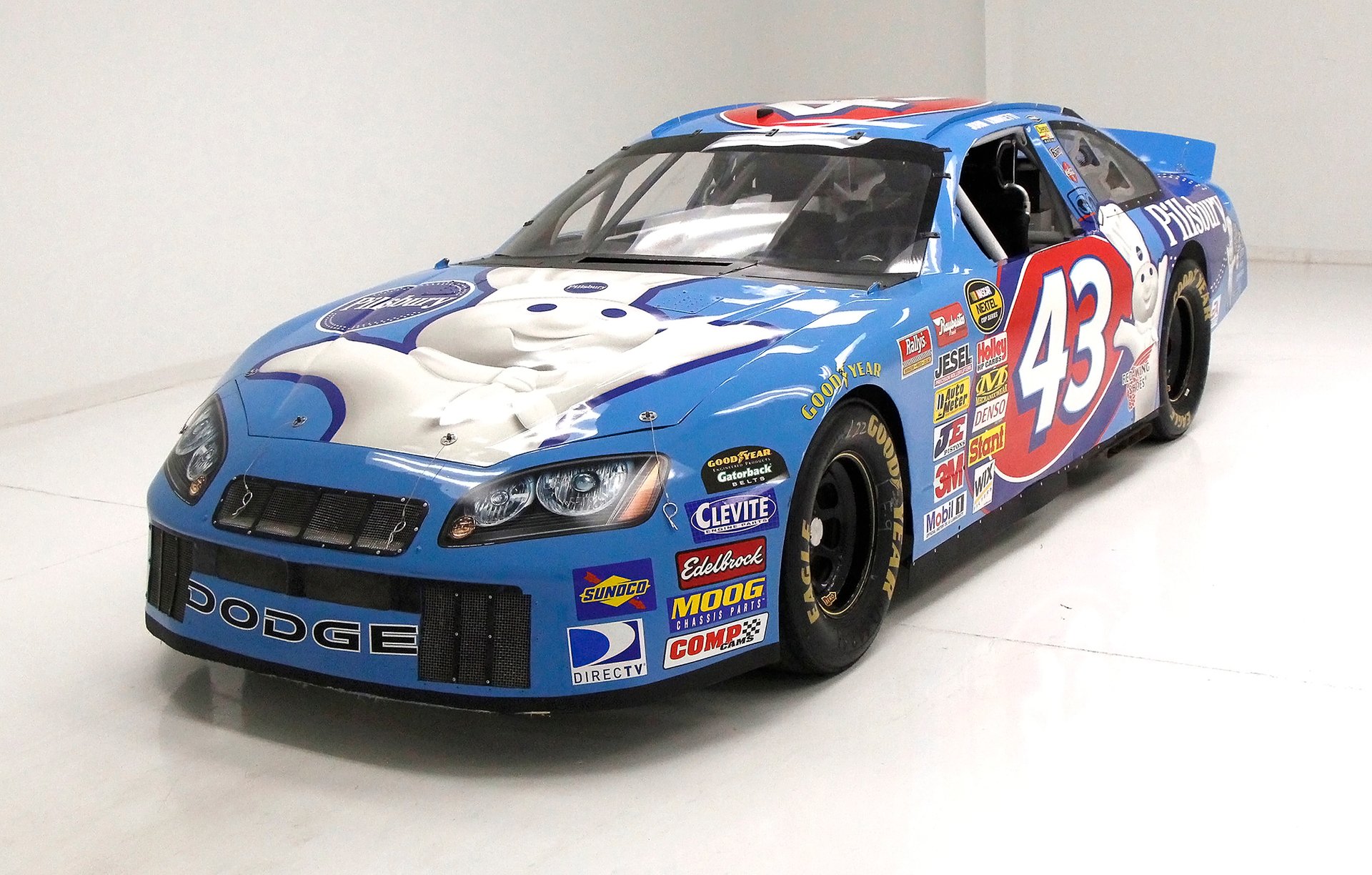 When asked directly about the "Petty Blue" color, Richard related, years later, that indeed, it had been a fluke. Late in the 1959 season, after having to rebuild one of the '59 Plymouth Fury's, Maurice told Richard that they didn't have enough white paint for the painting of the entire car. Being brought up to waste nothing, Richard found some dark blue paint, but not in a sufficient amount to paint the whole car. Richard said they he looked at Maurice, and Maurice looked at him, and they just dumped the two paints into one tub, then proceeded to paint the Plymouth in the color that came out. When they got done, they were impressed themselves with the hue. Lee came back from an out of town race, and marveled at how that color set the car off. Almost electric is what he said. Of course, Richard and Maurice had to scramble to remember the right mix. Once they did, the formula became their secret, even to the point of being patented by a paint company as Petty Blue. When the 1960 season dawned, there was only one color on the Petty cars, the "electric" Petty Blue. It became their trademark.

For consignment a fully restored actual Petty Enterprises race car. This is 1 of 2 known to exist when Richard Petty was in a short stint with Dodge. This car is also a survivor in that was the last true fully fabricated body. These days several parts come complete from the manufacturer, and additional parts are fabricated around these. This car was started from scratch, then completed by all fabrication, no pre shipped parts.

Exterior
Electric Petty Blue covers the exterior of this thin-skinned original paint and decal metal over safety caged racer. The original sponsorship deals are still adhering very nicely and have not been restored. It's all stickers and only base color on this exterior. The HRE chassis was repainted during the restoration. Goodyear Eagle racing tires are affixed to all 4 corners, and this car is set up to run on a road track and not a super speedway. Thru the front window a Richard Petty Signature is seen. Thanks to Rhine Enterprises for restoring this car which came without a driver seat, fuel cell, and drivetrain. It has now been fully restored to be used for Vintage racing and track day events.

Interior
Modified for the ultimate safety, a massive roll cage is welded to the frame. This car is intended to be used as a fan car ride along as well, as 2 Lajoie style racing seats are now installed. A gaggle of wiring, electronics, an MSD-HVC ignition system, and Auto Meter gauges sit within the simple dash, which also has many toggle switches to be flipped in the operation of this car. A removable steering wheel is in front of the dash, and a floor shifter is on the fabricated center console. In the back seat are serious cooling hoses and more secure roll cage. In the trunk is the fuel cell, and side filler flange which is opened when the gas can is inserted into it.

Drivetrain
A 358ci V8 23-degree dry sump engine sits as far back under the hood as it can go for weight distribution. This has a 4-barrel carburetor on top and puts out an estimated 550HP. In back of the racing engine is a Jerico road racing 4-speed manual transmission. In adherence to NASCAR rules of the time, this is the displacement of a standard racing engine.

Undercarriage
Heavy duty would be the buzz word here with tubular framing, beefed up floorboards, and lots-o-lines in braided stainless which through them course the life blood of the car fluids. Simple chaos would best describe the operations and add ons underneath. Highlights include 4 piston Brembo brake assemblies with large brake ducts in the nose. Also, a 13 gallon safety impact blocked fuel cell has been added.

Drive-Ability
A complex starting procedure needs to be gone through, but then a push of a button and the candles are lit. After a thorough warmup, our decoder/muscle car expert/test driver had a ball. Just the noise of this car reverberating through the valley where Classic Auto Mall is located is worth the price of admission. Definitely the best handling car we have ever driven, hence the road course set up is working! One had to be of a smaller stature to actually get into this car to drive it. This is a blue chip investment...a car you can take to shows and also have a blast driving it on track day on the many road course's in the country There is also vintage racecar clubs you can join and have fun. Also comes with a set of tires for track day fun.

Offered at $23,900
view inventory
Thank you for your interest! We'll get back to you soon!
Speed Digital